BIRMINGHAM, Ala. (AP) — The son of former Alabama Gov. George Wallace on Wednesday criticized a move to strip his father’s name from a campus building over his support of racial segregation.

George Wallace Jr. said the recent decision by trustees at the University of Alabama at Birmingham reflected only one part of the life of his late father, who apologized publicly for his racist stances and won his fourth and final term as governor with the support of Black voters in 1982. Wallace died in 1998, and multiple buildings around the state still bear his name.

While university trustees said the Wallace name remains a symbol of racial injustice to many, Wallace Jr. said in a statement Wednesday that his father devoted the later years of his life to “promoting understanding, healing, brotherhood, and a recognition of our common humanity.”

“The action by the UA board of trustees offers solid evidence that even a deeply conservative state like Alabama is not immune to the dangers of the present-day ‘cancel culture’ and its efforts to view complex history and individuals in the most simplistic, one-dimensional terms,” he said.

A resolution unanimously approved by trustees last week said Wallace rose to power by defending racial separation and stoking racial animosity. A UAB building that was named after Wallace in 1975 is now called simply the Physical Education Building.

Wallace, who began his political career as a racial moderate, vowed “segregation forever” at his 1963 inaugural. He is often blamed for helping create a climate of racial animus that led to violent incidents including the bombing of Birmingham’s 16th Street Baptist Church in 1963, when four Black girls were killed by a Ku Klux Klan bomb that went off on a Sunday morning.

The elder Wallace helped UAB become a top-notch medical school following the 1968 cancer-related death of his wife, Lurleen Wallace, who was elected governor in her husband’s place in 1966 when he was barred by law from serving another term.

“The UAB campus that stands today was built largely through the efforts and vision of Gov. George Wallace, and no amount of sign-changing on building edifices can erase that irrefutable fact,” his son said. 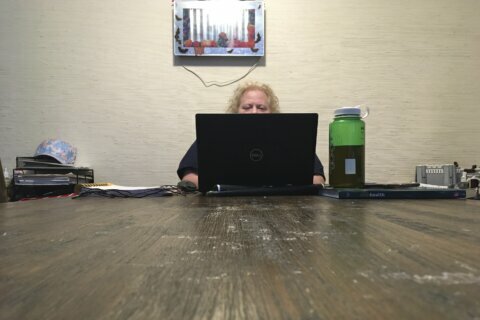