BATON ROUGE, La. (AP) — The widow of Republican U.S. Rep.-elect Luke Letlow, who died from complications related to COVID-19 before he could take office, declared Thursday that she is entering the race to fill the Louisiana congressional vacancy left by her husband’s death.

Julia Barnhill Letlow, a Republican who lives in Richland Parish, announced her campaign launch in a statement and a radio interview ahead of next week’s candidate signup period for the March 20 election for the 5th District seat representing central and northeastern Louisiana.

“Everything in my life and in my marriage has prepared me for this moment. My motivation is the passion Luke and I both shared: to better this region that we called home and to leave it a better place for our children and future generations,” she said in the statement.

She added: “I am running to continue the mission Luke started — to stand up for our Christian values, to fight for our rural agricultural communities and to deliver real results to move our state forward.”

Her husband died Dec. 29 at the age of 41 only days before he was scheduled to be sworn into office, cutting short what appeared to be a promising political future and leaving behind a family that includes two young children. Republican backers encouraged Julia Letlow to run for the position, and she appears to be lining up the support that had previously gone to Luke Letlow.

Julia Letlow, who has a Ph.D. in communication, works at the University of Louisiana at Monroe as top assistant to the president for external affairs and community outreach, among several jobs she’s held in higher education. She’s worked on political campaigns in north Louisiana and was an active participant in her husband’s campaign, but she’s a newcomer to running for office herself.

“During Luke’s campaign for Congress last year, Luke and I traveled to every corner of Louisiana’s 5th Congressional District — from Bastrop to Bunkie to Bogalusa — and all points between,” Julia Letlow said. “I met many of the hardworking people of the district and listened to the dreams and ideas they have for our district.”

Luke Letlow, who had no known underlying health conditions that put him at greater risk of death from COVID-19, had been elected in a December runoff election. He was going to fill the seat vacated by his boss, Republican Ralph Abraham. He had been Abraham’s chief of staff and ran with Abraham’s backing for the job.

At least two other candidates who ran for the seat in last year’s election have announced they intend to compete for the job again: Sandra “Candy” Christophe, an Alexandria Democrat who finished third in the race, and Allen Guillory, an Opelousas Republican.

The candidate qualifying period runs from Jan. 20 through 22.

After her announcement Thursday, Julia Letlow quickly picked up an endorsement from Republican U.S. Rep. Steve Scalise, of Jefferson Parish, a top-ranking House Republican who announced his backing on Twitter. He described Luke Letlow’s death as “nothing short of devastating.”

“Julia shares the same commitment to public service and I can’t think of anyone better to carry on Luke’s legacy in representing Louisiana’s 5th Congressional District,” Scalise wrote.

Louisiana’s March 20 election will have two congressional races on the ballot. In addition to the 5th District competition, voters will be choosing someone to fill the New Orleans-based 2nd District seat after Democrat Cedric Richmond left the job to work for President-elect Joe Biden’s administration.

If no candidate tops 50% of the vote in the elections, the races will move to April 24 runoffs. 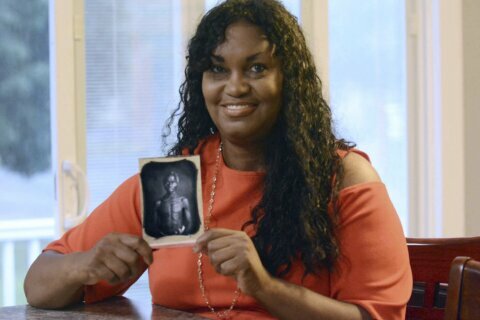