The Well, located at 300 Valley Avenue in Southeast D.C., had many collaborators that made this opening a reality.
Listen now to WTOP News WTOP.com | Alexa | Google Home | WTOP App | 103.5 FM
(1/8) 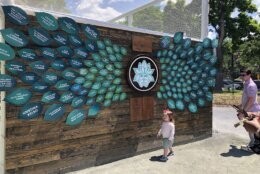 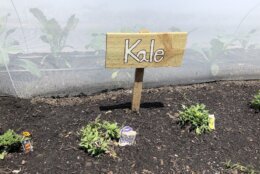 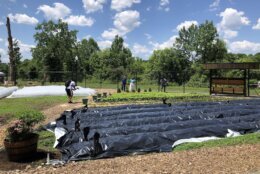 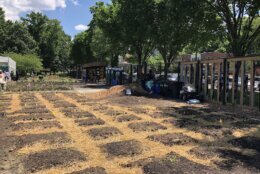 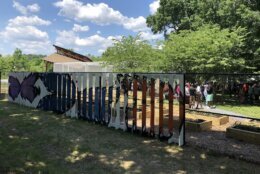 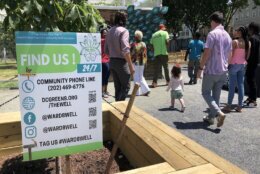 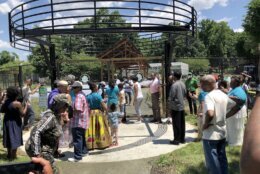 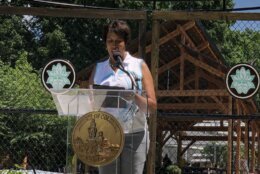 After more than four years of planning, The Well at Oxon Run, a new urban garden and wellness space in Ward 8, has opened its gates.

The Well, located at 300 Valley Avenue in Southeast D.C., had many collaborators that made this opening a reality.

“It’s not just me. There are so many people that have come before me,” she said.

Following a blessing of the space and remarks from community organizers and leaders, the gates opened, welcoming neighbors into their new wellness space.

The new urban farm and wellness space was created as a partnership between The Green Scheme, The Friends of Oxon Run, Soul of the City and the  D.C. Dept. of Parks and Recreation, which provided an acre of land and a $500,000 grant for programming.

The Well at Oxon is both founded and operated under D.C. Greens. D.C. Greens is a D.C.-based non-profit organization whose mission is to advance health equity by building a just and resilient food system.

“I couldn’t be more proud,” said D.C. Mayor Muriel Bowser at the event. “Ward 8 has really established the vision that the rest of the city will follow.”

In addition to the community garden, The Well also features an amphitheater, outdoor classroom, chicken coop, and a library.

Chris Scott, an elementary school gardening and cooking teacher in D.C., was at the grand opening with his family.

“This is a project I’ve been hearing a lot about, and I’m excited to see it with my own eyes,” he said.

Renee Wright, who used to live in the neighborhood, was excited to see the project finally come to fruition.

“This right here has been a long time coming,” she said. “Hopefully it will bring the community closer together. Hopefully, start folks eating healthy.”