Five people were hurt, one seriously, when a car crashed into the lobby of a hotel near Capitol Hill Thursday morning.
Listen now to WTOP News WTOP.com | Alexa | Google Home | WTOP App | 103.5 FM
(1/4) 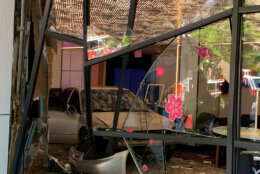 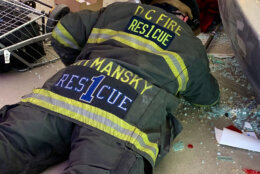 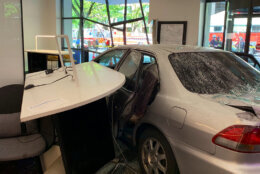 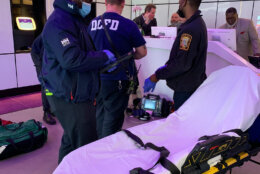 Five people were hurt, one seriously, when a car crashed into the lobby of a hotel near Capitol Hill on Thursday morning.

The person who was seriously hurt, was standing in either the lobby or the driveway and has injuries that are not life-threatening, said D.C. Fire and EMS spokesman Vito Maggiolo. The other people who were hurt, including the driver, have minor injuries.

Photos from the scene showed the lobby of the Yotel Hotel, a four-star hotel on New Jersey Avenue, strewed with shattered glass, a busted-out front entrance and a gray sedan that appeared to come to rest alongside a front desk inside the lobby at around 11 a.m.

The fire department determined there were no structural issues from the crash. A Department of Consumer and Regulatory Affairs building inspector was requested.

Two people were killed and nine injured after a car crashed into an outdoor dining section of a restaurant in the Chevy Chase neighborhood in Northwest D.C. last month.