Coronavirus News: Fairfax Co. votes to increase substitute teacher pay | Is it time to get a COVID-19 booster? Which one? | Local cases of COVID-19 | How many in DC region are vaccinated?
Home » Washington, DC News » 'Public health approach', tougher…

The Chair of D.C.’s Committee on the Judiciary & Public Safety, Charles Allen, opened the hearing Monday by stressing that a holistic approach is needed.

“It’s unfair and ineffective to law enforcement to charge them with the difficult task of unraveling poverty, child abuse and neglect, educational inequities, health disparities and substance abuse, personal violence — all of those which are causal factors that create the social disorder and health epidemic that we call crime,” Allen said.

Over the last year, the Office of the Attorney General has launched a violence interruption pilot program, Cure the Streets, in Ward-5 and Ward-8. It involves 19 people working to de-escalate violence, mediate conflicts and make people feel safer.

“The Cure the Streets model comes from the public health approach to violence reduction, seeking to interrupt violence through prevention, link persons at high risk of being involved in violence to resources to change their behavior and change community normalization of violence,” D.C. Deputy Attorney General for Public Safety Liz Wieser said.

The program is being expanded into four new, small geographic sites that likely will include one in Ward-7, two in Ward-8 and one in Ward-5. The boundaries still are being determined. Nonprofit groups that are respected in the target communities are being identified to host the new sites that intend to open in mid to late October.

As the groups build trust in communities, Wieser said that it becomes more likely that when conflicts start brewing someone will alert the violence interrupters to help calm down situations and prevent violence.

To help combat gun trafficking of weapons into the city, Assistant Chief of the Investigative Services Bureau at D.C. police, Robert Contee suggested lawmakers revisit provisions previously suggested and rejected in legislation to amend penalties for possession of firearms and ammunition.

Contee also suggested increasing the penalty for trafficking and illegal sales of firearms in D.C. from the current one year to not less than two years or more than five years.

“Specific laws with strong penalties for these crimes will help deter them and hold accountable dangerous individuals who are supplying illegal guns in the District,” Contee said.

Illegally discharging a firearm now is a one year offense. Contee suggests the penalty should be up to five years to serve as a stronger deterrent before someone is killed or injured by gunfire.

“By the time an innocent bystander is wounded or fatally shot, it’s far too late to take the possession of illegal guns seriously” Contee said. 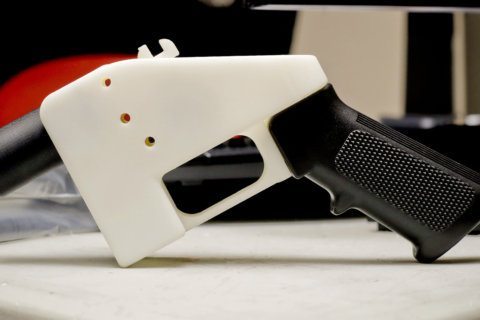 Proposal to ban 3D-printed guns is under review in DC