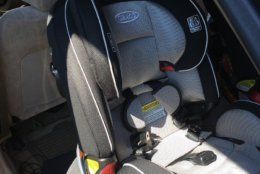 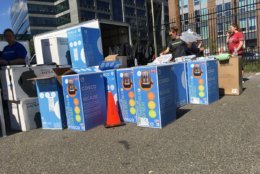 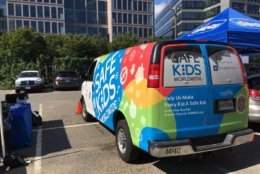 WASHINGTON — As many as three out of four child car seats aren’t installed properly, according to SafeKids.

To make sure parents get the right information to keep children safe in the car, law enforcement and safety advocates fan out across the U.S. in September during Child Passenger Safety Month.

The child passenger safety event, part of several happening Saturday in the D.C. Region, was hosted by the National Highway Traffic Safety Administration and attracted a steady stream of parents.

“What we do is, nationwide, with the DOT and other places, they try to have a child seat check on Saturday in almost every state in the country,” said Robert Wall a child safety advocate for Nuna, a Dutch company that makes baby gear.

During Saturday’s event, technicians checked all kinds of seats, some which needed to be replaced.

“They get it from the Aunt who had it in the attic for a couple of years and it doesn’t meet the certification anymore–it’s too old,” Wall said.

If they did come across a seat that was not up to par, representatives had plenty of new replacements on-hand.

“A lot of times, the best seat is one that works best for you, your family and your vehicle where you get the tightest install all the time,” said Daniella Brown who represented UPPAbaby,  a Massachusetts-based baby gear company.

Brown was one of the technicians from various car seat makers checking for proper installation and said there were retailers nationwide  — big box and small retail — that offer the service.

“Some of them offer the service to get their car seat checked,” Brown said. “Many times they’ll let you test out car seats in your vehicle, which is great because it is about having those two systems jive together — the vehicle and the car seat.”