"We are concerned that people read about a directive to boil water after they had already gotten up, fed their children and used water," said Tommy Wells, chairman of the board of directors for DC Water and director of D.C.'s Department of Energy and Environment.
Listen now to WTOP News WTOP.com | Alexa | Google Home | WTOP App | 103.5 FM

WASHINGTON — While there are no reports of anyone falling ill after D.C.’s water emergency, DC Water is being criticized for failing to promptly notify all affected customers of the boil water advisory that was issued in the early hours Friday morning.

At the height of the emergency, tens of thousands of customers in the central part of the District were under water boil advisories, but DC Water conceded all those impacted may not have been informed in a timely manner.

“We are concerned that people read about a directive to boil water after they had already gotten up, fed their children and used water, ” said Tommy Wells, chairman of the board of directors for DC Water and director of D.C.’s Department of Energy and Environment.

“We’re going to have a thorough review of that to be sure we have an effective communications strategy so that in the event anything like this happens again … people are notified more quickly.”

D.C. Council member Brianne Nadeau of Ward 1 said pregnant women and mothers with babies were among constituents who complained that they were unaware of the boil water advisory Friday morning.

“We’re always so quick to put things out on Twitter or Facebook, but that certainly doesn’t reach everybody,” she said.

David Gadis, general manager and CEO of DC Water, said it tried to catch residents before their morning routines, but that might not have happened.

“We began sharing updates and alerts well before dawn with the hope that it would reach as many people as possible and we’re sorry if it did not reach some of those individuals,” he said.

Nadeau said DC Water should have contact information for each and every one of its customers.

“As council member, I want to ensure that … [DC Water has] a protocol in place to alert people immediately, so that whenever somebody wakes up, whatever time of day that is, they know whether it’s OK to brush their teeth or have a glass of water,” she said.

Residents rushed to the DC Water website and customer service line Friday, which ended up overwhelming the system.

“Unfortunately there was a lot of traffic on the site yesterday, so some customers experienced delays trying to access the information. In addition, some customers had difficulty reaching our command center because of the volume of calls,” Gadis said. “For that, I apologize. And I promise we’ll do better.”

The utility said it’s looking at other methods that can be used to alert customers of any potential safety risks to water.

“We want to review the communications,” Wells said. “We know our customers need to know in real time exactly what’s going on with their water.”

A pressure drop in the water system caused by an open valve on Thursday evening created the potential for contaminants to enter the water system flowing to 34,000 customers in Northwest and Northeast D.C.

Further testing reduced the area of concern to five neighborhoods in Northeast on Saturday. 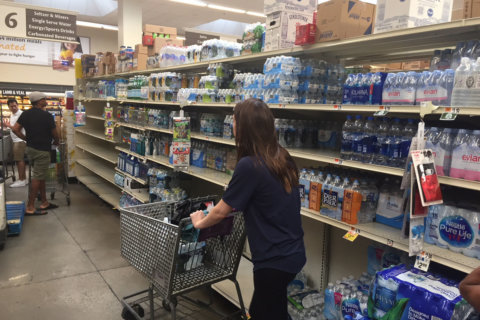 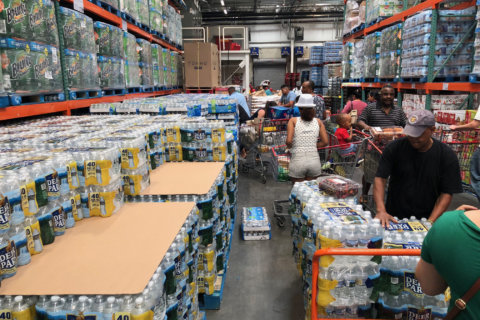