Georgetown isn't taking any chances after similar events led to flooding in 2011 — the floodgates near the waterfront are up, even though major flooding is not expected along the Potomac.
Listen now to WTOP News WTOP.com | Alexa | Google Home | WTOP App | 103.5 FM
(1/3) 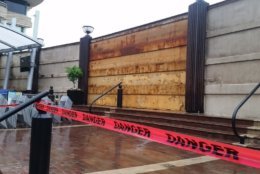 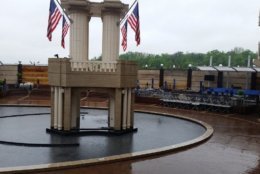 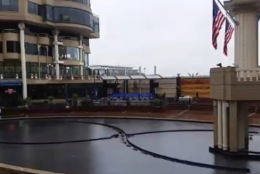 WASHINGTON — The endless rain brings the constant threat of flooding and this time, Georgetown isn’t waiting — the floodgates along the waterfront are already up as of Saturday morning.

The National Weather Service issued a coastal flood warning for the District that is in effect until 6 p.m. Sunday.

While major flooding is not expected, the weather service said there could be minor flooding with the possibility of moderate flooding near high tide.

Georgetown isn’t taking any chances after similar events led to flooding in 2011.

On April 18, 2011, the weather service issued a similar coastal flooding warning, but the floodgates along the Washington Harbour at Georgetown didn’t go up until it was too late.

The so called “Great Georgetown Flooding of 2011” caused catastrophic damage on the Georgetown waterfront complex.

The deluge left bars, restaurants and other businesses underwater including the lower levels of the parking garage and caused millions of dollars in damages and lost revenue.

It took more than a year for some of the businesses to reopen. 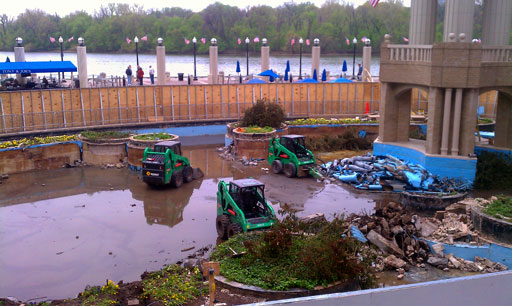 Washington Harbour struggling a year after the flood 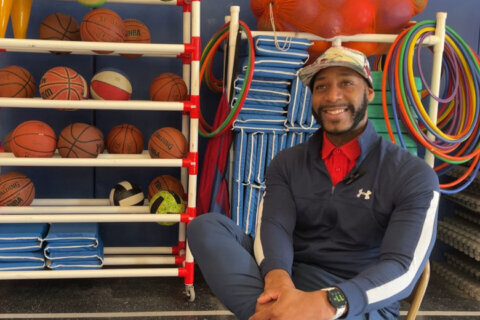