Coronavirus News: Fairfax Co. votes to increase substitute teacher pay | Is it time to get a COVID-19 booster? Which one? | Local cases of COVID-19 | How many in DC region are vaccinated?
Home » Washington, DC News » DC's St. Patrick's Day…

The 48th St. Patrick's Day Parade in D.C. must have had the luck of the Irish, because the sunny weather made Sunday the perfect day for a parade.  Check out the photos.
Listen now to WTOP News WTOP.com | Alexa | Google Home | WTOP App | 103.5 FM

WASHINGTON — The 48th St. Patrick’s Day Parade in D.C. must have had the luck of the Irish, because the sunny weather made Sunday the perfect day for a parade.

There was no shortage of people decked out in green lining the sides of Constitution Avenue Northwest to watch the marchers.

The parade’s website said this year’s theme was “showcasing DC Irish culture,” in order “to celebrate local Irish-American leaders who have been instrumental in the promotion Irish culture throughout the DMV area and become leaders in showcasing Washington’s unique Irish heritage beyond the city.”

Elizabeth Lenenyk went to the parade with her husband, Bill Lenenyk, to celebrate her Irish heritage, as well as bask in the nice weather. 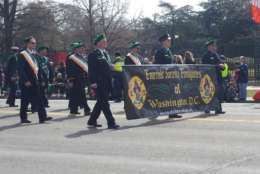 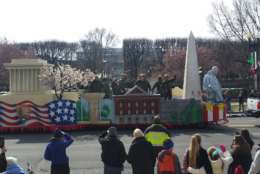 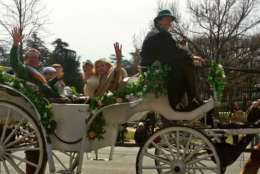 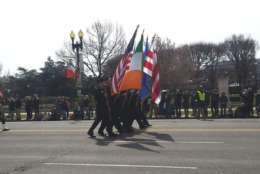 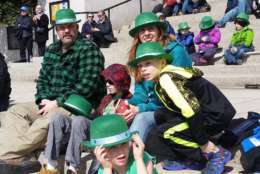 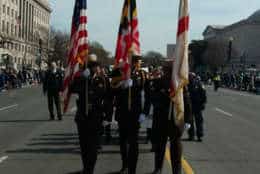 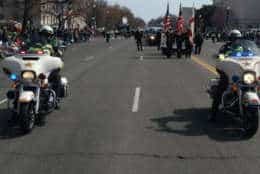 “Her ancestors are from Donegal,” Bill said. Donegal is the northernmost county in the Republic of Ireland.

While his wife could claim Irish heritage, Bill compensated for the lack of his family’s Irish ancestry by decking out in green.

“When you’re not Irish, you have to go the extra mile,” he said.

Even though the couple has seen many St. Paddy’s Day parades in D.C., they said it never gets old.

“This is part of the spring rite of passage,” Bill said. “It starts with this.”

Some though were less than impressed by the D.C. Parade.

Mark Walsh, a Chicago native living in the District who said his family is 100 percent Irish, said he enjoyed the parade but it didn’t quite measure up to the ones he saw back in Chicago.

There was one area in particular Walsh said the parade didn’t measure up to the ones in Chicago: It wasn’t as rowdy.