WASHINGTON — D.C. may join Maryland in a temporary suspension of fees for credit freezes at all credit reporting bureaus to help consumers protect against identity theft.

The data breach earlier this year at credit-rating bureau Equifax may have compromised personal information of more than 350,000 D.C. residents, around 3 million people in Maryland and more than 4 million in Virginia.

Another 2.5 million Americans may have been affected, the company announced Monday, bringing the total to around 145.5 million people nationwide affected by the security breach, The Associated Press reported.

Equifax is waiving credit freeze fees, but fees are still being charged at other credit-reporting bureaus such as Experian, TransUnion and Innovis.

“We don’t want 20 bucks here, 20 bucks there, to all of a sudden become the barrier to why you’re not able to protect your own information,” said D.C. Councilman Charles Allen, chair of the Committee on the Judiciary and Public Safety.

The D.C. Council will consider the measure Tuesday to waive credit freeze fees as emergency, temporary legislation that would take effect immediately and last 225 days to give staff time to write something more permanent, Allen said.

“I have not heard from any credit agencies in opposition to this,” Allen added.

Freezing credit reports at multiple agencies may seem inconvenient, but the potential consequences of identity theft can be monumental, according to Phil Ziperman, the director of the attorney general’s Office of Consumer Protection in D.C.

Federal law limits liability to only $50 for credit card charges, but Ziperman said there are no similar protections for other financial accounts such as retirement or bank accounts.

“It could have horrifying consequences financially to consumers,” Ziperman said.

The stolen information from the breach included Social Security numbers, birth dates, names and other personal data, which puts people at serious risk for identity theft.

Virginia Attorney General Mark Herring is among attorneys general from around the nation, including D.C. and Maryland, who have told Equifax in a letter that it should reimburse fees charged to consumers freezing their credit elsewhere.

Equifax is offering free credit monitoring to consumers whose information may have been compromised. You can find that and a search function to see whether it applies to you on the website Equifax has set up. 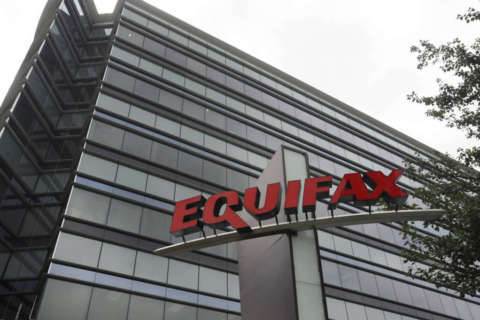