Clowns aren’t laughing about ‘It’

"It gives a negative image and perception to the clown industry for sure," said Dashaun Forrest, who runs Clown ‘n Around, a children’s entertainment business in the D.C. area that provides clowns for parties.
Listen now to WTOP News WTOP.com | Alexa | Google Home | WTOP App | 103.5 FM
(1/4) 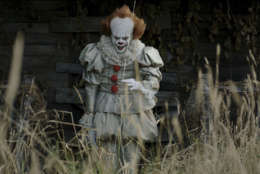 WASHINGTON — The hugely successful big screen adaptation of Stephen King’s “It,” about a bloodthirsty demon clown that terrorizes children, has clowns in the real world disheartened and worried about their business — which is supposed to be about bringing happiness to kids and families.

“It gives a negative image and perception to the clown industry for sure,” said Dashaun Forrest, who runs Clown ‘n Around, a children’s entertainment business in the D.C. area that provides clowns for parties.

“Clowning is designed to make families happy, so they are totally reversing the whole purpose of what clowning was originally for,” he said. “It saddens me and it is very frustrating.”

“It” closed out its opening weekend at the box office last week with a higher than expected $123.1 million in earnings, according to Warner Bros.

The studio had projected a more conservative but still record-breaking $117.2 million tally, unsure of how Hurricane Irma and the start of football season might impact the weekend’s totals.

The film ended up more than doubling the records for both the month of September and the horror genre and is officially the third-biggest opening of 2017, behind “Beauty and the Beast” and “Guardians of the Galaxy Vol. 2.”

Based on King’s 1986 novel, the plot follows seven outcast kids in the so-called “Losers Club” in the fictional town of Derry, Maine, in 1989.

After the mysterious disappearance of several local children, the misfits band together to battle the child-killing demon who can shape-shift into different forms to project people’s worst fears, most often as Pennywise the Clown.

For business owners such as Forrest, who make their living bringing a joyful image to clowns, the success of the movie is discouraging.

But Forrest said he hopes those who see the film separate the scary Hollywood fiction from the real clowns who enjoy dressing up and making people laugh.

“Clowning is a really awesome industry,” Forrest said. “There’s no need to be afraid of it, because under all the makeup and costumes and props, they are just a happy person. The movies — that is not what clowning is really about.” 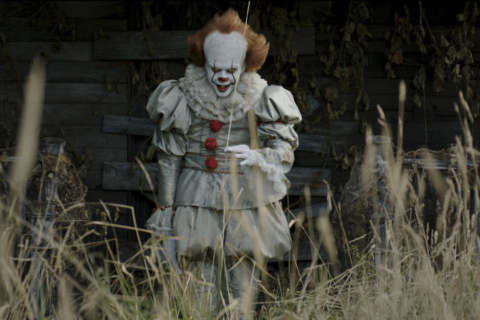