The great gridiron schism of 2017: Stand or kneel?

To stand or take a knee? It's not church, but the issue of what professional athletes should do when the United States’ national anthem is played before games is a "Great Schism" all its own.
Listen now to WTOP News WTOP.com | Alexa | Google Home | WTOP App | 103.5 FM

WASHINGTON — To stand or take a knee? It’s not church, but the issue of what professional athletes should do when the United States’ national anthem is played before games is a “Great Schism” all its own.

Some players stood, other players knelt and entire teams like the Pittsburgh Steelers, Seattle Seahawks and Tennessee Titans stayed away from the field while the anthem played ahead of their Sunday games.

The latest wave of emotions surrounding the “Take a Knee” controversy were fanned during a rally in Alabama Friday after President Donald Trump criticized players who choose to take this posture during the anthem.

In tweets on Sunday, Mr. Trump also said “Standing with locked arms is good, kneeling is not acceptable.”

Great solidarity for our National Anthem and for our Country. Standing with locked arms is good, kneeling is not acceptable. Bad ratings!

Fans watching Sunday games at the Green Turtle in Downtown D.C. held a variety of opinions about what professional athletes should do when The Star-Spangled Banner plays throughout a stadium or arena.

“They should be standing for the flag. I mean, it [the flag] doesn’t stand for everything Trump believes,” said a man who identified himself as Nick. “There’s people who fought for that flag and have died for that flag, and a lot of people see that as a, almost a memorial to that.”

Another football fan, Pearl Laster, doesn’t agree with that point of view. She said she gets tired of people relating taking a knee to disrespecting the military and a lack of patriotism.

“My dad was in the Army. My dad … is deceased, but he’d be proud of a lot of guys kneeling,” she said.

Also swirling in the weekend controversy is President Trump’s rescinding the White House invitation to the entire Golden State Warriors team, which won the NBA Championship this past spring.

According to a Tweet sent Saturday, that invitation was reversed because “Stephen Curry is hesitating, therefore invitation is withdrawn!”

Going to the White House is considered a great honor for a championship team.Stephen Curry is hesitating,therefore invitation is withdrawn!

A man who identified himself as Chris, wasn’t impressed by the president’s words.

“Donald Trump’s comments, it was just outrageous,” he told WTOP.

He and his friend Aiyana talked about the reasons athletes have voiced for taking a knee during the national anthem.

“This country is supposed to stand for freedom and equal rights, and it doesn’t always play out that way,” said Aiyana.

They both hope the peaceful kneeling protests lead to a resolution of racial fissures, including the dismantling of systematic racism and police brutality.

Jason De Leon of Texas describes the president’s invitation snatch-back from the Golden State Warriors as “a bully move,” but he isn’t mad at the president for it.

“You can’t hate on someone who’s like, ‘You know what? If y’all having doubts and it’s an honor to come to the White House, if you’re having doubts, then just do not come.’ Do I agree on that? Yes, I do.” 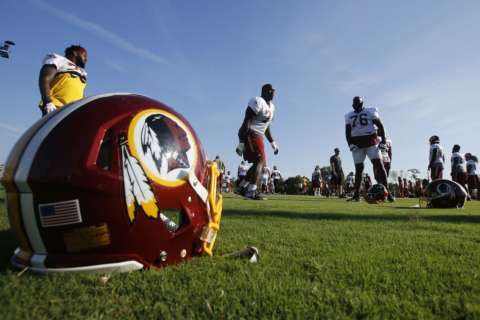 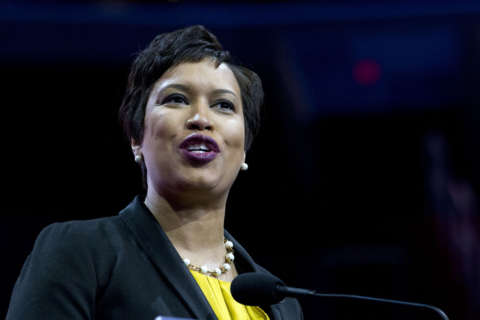