He was accused Thursday of improperly touching a woman during a massage session at Deluca Massage and Bodywork, on P Street in Northwest, in June. The woman told police that the therapist touched her inner thigh near her groin.

Deluca Massage and Bodywork on Friday confirmed that Gebreslassie worked there from mid-June to early August, when he resigned. “This type of behavior is not accepted at Deluca Massage & Bodywork and it will not be tolerated.” The business added that they are cooperating with authorities.

He pleaded not guilty to the charges stemming from the Massage Envy incidents in a hearing Thursday. Judge Milton Lee ordered him held without bond and said it’s not clear how many potential victims there could be.

During Thursday’s hearing, D.C. Police Det. Darryl Richmond explained that after he interviewed the woman who called police on Sunday, he learned about another recent report involving one of Gebreslassie’s clients. He spoke with that woman, who identified Gebreslassie from a picture on social media and made the accusation about the August incident.

Richmond said both women told nearly identical stories: Gebreslassie put a cloth over their face, engaged in inappropriate conduct and then apologized after being confronted about it, claiming that he had never done it before.

Gebreslassie is due back in court next month.

WTOP’s Nick Iannelli and Michelle Basch contributed to this report. 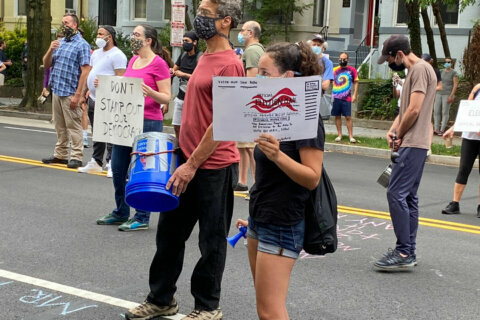