Red Oak, a 24-year-old red-fronted lemur at the National Zoo, was euthanized this week after being found unresponsive and then going into cardiac arrest, the zoo said.
Listen now to WTOP News WTOP.com | Alexa | Google Home | WTOP App | 103.5 FM
(1/2) 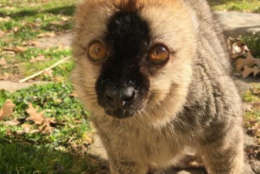 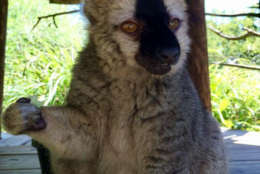 WASHINGTON — A 24-year-old red-fronted lemur at the National Zoo, who was one of only about 15 of the small primates in North America, died this week after being euthanized, the zoo announced.

The zoo said it euthanized Red Oak, the lemur, on Aug. 9 after he was found unresponsive in the zoo’s Lemur Island enclosure and subsequently went into cardiac arrest during a physical exam. During the exam, veterinarians discovered indications of a possible mass in his chest or a collapsed lung, the zoo said.

Red Oak, who was born in in March 1993 at the Duke Lemur Center in North Carolina, was considered elderly for a lemur, which has a life expectancy of about 22 years, the zoo said. He had been with the D.C. zoo for 16 years.

“Red Oak had a huge personality for a small primate,” said Becky Malinsky, assistant curator of the National Zoo’s primates division, in a news release. “He was always eager to train with his keepers and demanded their full attention.”

Red-fronted lemurs, which are native to the forests of the African island nation of Madagascar, are listed as vulnerable animals by the International Union for Conservation of Nature because of habitat loss and hunting, the zoo said.

Red Oak leaves behind a long-time female companion, named Flare, who is 31.