A noose left near an elementary school in Southeast D.C. brings the total number of incidents involving nooses reported around the District in recent weeks to six. The regional director of Anti-Defamation League says such incidents are on the rise.
Listen now to WTOP News WTOP.com | Alexa | Google Home | WTOP App | 103.5 FM

WASHINGTON — Community members rallied in Southeast D.C. over the weekend to denounce the hanging of a noose near an elementary school in a historically black neighborhood.

The noose, a racist symbol that evokes the lynching of African-Americans, was found last week near a school in the Hillcrest neighborhood, bringing the number of incidents involving nooses reported around the District in recent weeks to six.

“Unfortunately we’re seeing more of these incidents in our area,” said Doron Ezickson, D.C.’s regional director for the Anti-Defamation League.

“Their intention is to intimidate. It is to make people feel disenfranchised or perhaps even unsafe,” Ezickson said. “The best way for us to respond, in addition to reporting it to law enforcement, is to come together as a community in solidarity.”

The hate symbol was found Thursday by the front door of a home that is under construction. The location is just up the street from Beers Elementary School and around the corner from Christian Praise Church.

It was discovered one day after a noose was left in an exhibit at the National Museum of African American History and Culture.

Earlier in May, a noose was found hanging from a tree on the grounds of the Hirshhorn Museum.

Authorities also are investigating an incident on the campus of American University involving bananas hung from nooses.

“We are an inclusive city, and we do not tolerate signs of hate, ignorance and fear,” D.C. Mayor Muriel Bowser said in a statement Saturday afternoon. “Our diversity is what makes us stronger, and we will not relent in promoting and defending D.C. values. We do not take these incidents lightly, and we will not accept that signs of hate are signs of our time.”

There have been a couple incidents reported in nearby Maryland communities.

Two men were charged with hate crimes in May, accused of hanging a noose at Crofton Middle School in Anne Arundel County.

In late April, a noose was found at a fraternity house at the University of Maryland, College Park.

“They reflect a general increase in expressions of hate,” said Ezickson. “The vast majority of Americans do not believe in these expressions, and we can counter it with expressions of support.” 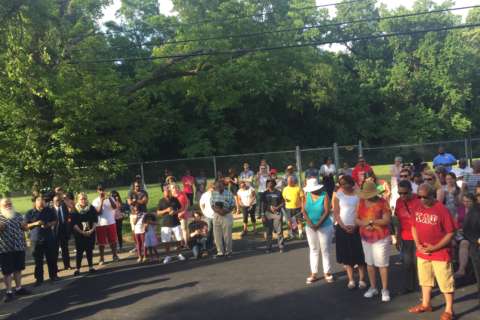 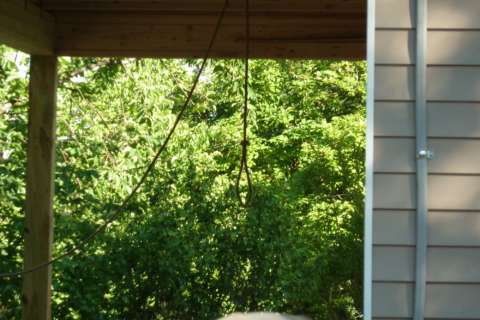