Prosecutors in the case are seeking a 4 1/2 year prison term for the father of two, who drove from North Carolina to D.C. on Dec. 4, after watching hours of YouTube videos about the bogus internet conspiracy known as "pizzagate," according to court documents.
Listen now to WTOP News WTOP.com | Alexa | Google Home | WTOP App | 103.5 FM

WASHINGTON — The North Carolina man who said he was investigating internet conspiracy theories about a child sex ring when he fired an AR-15 assault rifle inside the popular Comet Ping Pong pizzeria last December is set to be sentenced Thursday morning.

Edgar Maddison Welch, 28, pleaded guilty in March to a federal charge of interstate transportation of a firearm and ammunition as well as a D.C. charge of assault with a dangerous weapon as part of a plea deal with prosecutors.

Prosecutors in the case are seeking a 4 1/2 year prison term for the father of two, who drove from North Carolina to the Connecticut Avenue pizza restaurant on Dec. 4, after watching hours of YouTube videos about the bogus internet conspiracy known as “pizzagate,” according to court documents. 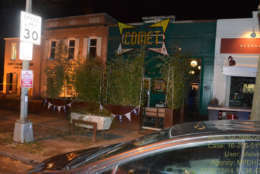 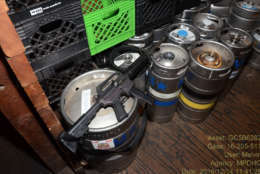 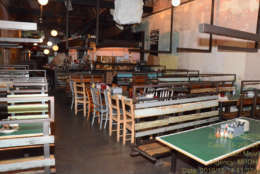 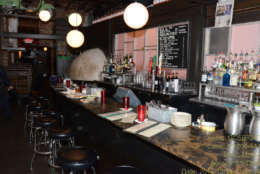 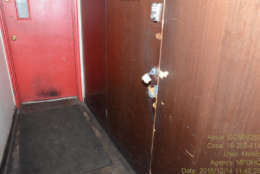 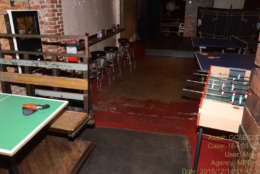 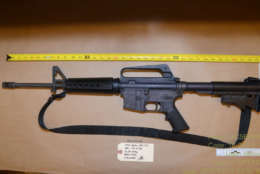 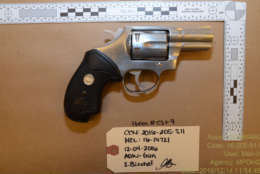 “He armed himself for a confrontation with nonexistent criminals; and he terrorized innocent families and employees who were just trying to enjoy their Sunday afternoon at a neighborhood restaurant,” prosecutors said in a sentencing memo filed with Judge Kentanji B. Jackson on June 16.

The prosecutors’ court filing also included unpublished photos of the crime scene, showing where Welch abandoned his weapons inside the restaurant.

No one was injured during the ordeal, but Assistant U.S. Attorneys Demian Ahn and Sonali Patel said in the sentencing memo that a 54-month sentence was appropriate because Welch traumatized restaurant patrons and the community. A longer sentence would also “deter other people from pursuing vigilante justice based only on their YouTube feed,” they said.

The prosecution is also seeking three years of probation.

Welch’s lawyer asked the judge for an 18-month sentence.

In a handwritten letter of apology filed June 13, Welch said he never intended “to harm or frighten innocent lives,” and that he now realizes “just how foolish and reckless” his actions were.

In their sentencing memo, prosecutors said Comet Ping Pong was forced to hire a security guard and had to unplug its phone for two months because of crank calls after the incident. Some employees sought counseling. A tourist who was eating with his family at the restaurant told prosecutors his 6-year-old daughter suffered from anxiety being in restaurants for months after the incident.

Welch, who also carried a .38-caliber revolver into the restaurant, fired the assault rifle once into a locked closet, before leaving his weapons in separate locations inside Comet and surrendering to police.

The defense’s sentencing memo acknowledged Welch’s actions were “terrifying” but that he was motivated by a sincere belief that children were being held against their will in Comet’s basement.

The defense’s court filing contains letters written by Welch’s mother and other family members attesting to his character, Christian faith and volunteer work, including a three-week stint helping rebuild an orphanage in earthquake-stricken Haiti in 2010.

Welch lost custody of his two daughters, ages 7 and 4, and hasn’t seen them since Christmas, Welch’s lawyer said. Welch does not intend to ever return to the D.C. area and instead plans “to focus on rebuilding his relationships with his children as well as other family members and friends who have been harmed in a variety of ways by his actions,” his lawyer said in the filing.

Also, because of the extensive press coverage about the incident, Welch has already faced a “public shaming,” Kramer said.

The charges Welch pleaded guilty to carry a maximum penalty of 20 years in prison, but the judge has broad leeway in imposing the sentence and could choose anything from no prison time to the full 20 years.