One year after the Pulse nightclub shooting in Orlando, people around D.C. and the nation haven't let anything quench their pride.
Listen now to WTOP News WTOP.com | Alexa | Google Home | WTOP App | 103.5 FM
(1/6) 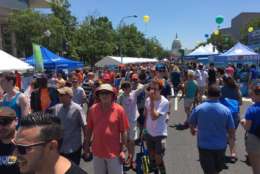 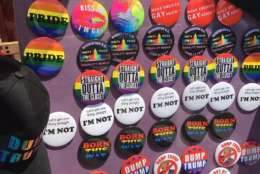 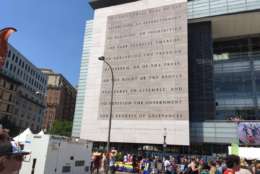 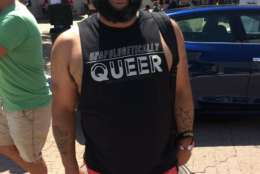 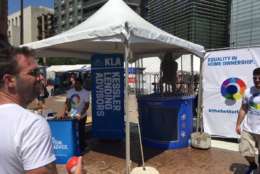 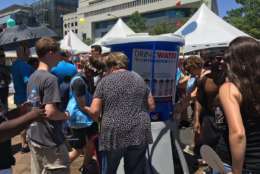 WASHINGTON — One year after the Pulse nightclub shooting in Orlando, people around D.C. and the nation haven’t let anything quench their pride. This year’s D.C. Pride Festival marks 42 years of celebrations in the nation’s capital. Folks have traveled from D.C. and surrounding areas to participate, including Ernie Hoskins who came up from Knoxville, Tennesee.

“It was important for us just to come and, be with our people and say we’re here, we’re Queer… .” Hoskins said.

He and his husband Todd got hitched in D.C. four years ago, “before it was legal in Tennessee, so it sort of, it all means quite a bit to us.”

For some, coming to Pride events provides more opportunities to talk with older members of the LGBTQ community. That can be a source of encouragement because it gives “sort of a sense of hope that you can grow up LGBT and still have it be really, really feasible,” said attendee Scout Pruski.

“Even in the wake of tragedy like what happened last year, I can grow up and I can find a safe, loving partner and I can start a family, you know, I can be economically stable,” Pruski said.

During the festival along Pennsylvania Avenue, NW between Third and Seventh Streets, there was plenty of food, entertainment and vendors to enjoy, but was also a yearly reminder of resilience. “That I’m a survivor, and that I’m still here in the face of so much opposition, in the face of so many challenges,” said Terrance Laney. “For some people it means that their lives are in jeopardy when they come out and engage in these things.”

Others say it was nice to see so many people coalesce around the fight for equality.

“Equality can mean numerous things per the individual, whether that is marriage equality, pay equality, whether that is not getting fired from your job just because you identify as LGBT,” said Mike Weir. “I think that is what draws me to these events because there’s such a diverse community.” Weir said this diversity ranges from people’s views, race, ethnicity and sexual orientation. “It’s just all coming together because at the end of the day we have the same message, and it’s equality for all people.” 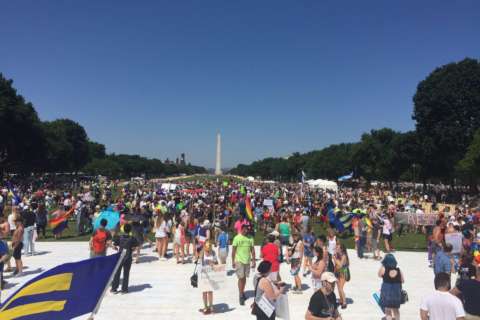 Equality March, rally draws thousands to the streets of DC