The Vietnam Veterans Memorial was built 35 years ago, but the most visited war memorial was caught up in controversy and almost did not get built.
Listen now to WTOP News WTOP.com | Alexa | Google Home | WTOP App | 103.5 FM
(1/7) 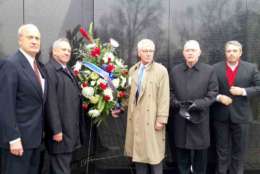 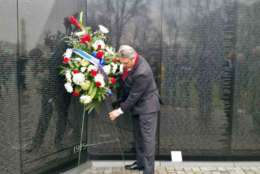 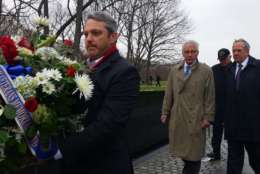 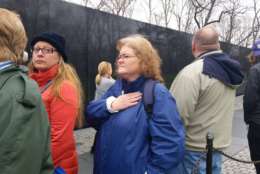 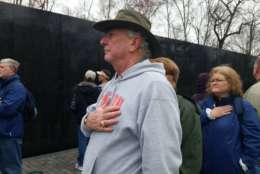 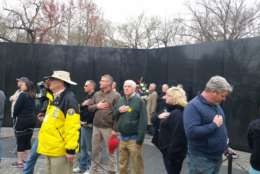 WASHINGTON — On Sunday, a wreath laying ceremony at the Vietnam Veterans Memorial on the National Mall commemorated the wall’s groundbreaking 35 years ago.

With more than 58,000 names of veterans on the wall that visitors can actually touch, the wall is the most visited war memorial in the nation’s capital. But this war memorial was caught up in controversy back then and it almost did not get built.

“The groundbreaking was especially marvelous because we knew how close it had come to not happening at all,” said Bob Doubek, Vietnam Veterans Memorial Fund’s former executive director. He and Jan Scruggs — the founder of the Veterans Memorial Fund, which built the wall — faced controversy at every turn over the wall and its design.

He said it was once called a “black gash of shame and sorrow.”

“Now that the memorial is a revered national icon. It is hard to imagine that this design was once the object of vicious attacks,” Doubek told a crowd Sunday prior to placing the wreath at the wall.

This unique war memorial includes the names of the fallen, a requirement for the design 35 years ago according to Vietnam Veterans Memorial Fund President Jim Knotts.

“That’s what makes this memorial different now, that (it) has been copied by so many other memorials,” said Knotts.

Knotts said that the memorial is not about the war, but about the men and women who served.

“That’s why we have the names without rank and without service affiliation,” said Knotts. “They’re all equal for their service as we remember them on the wall.”

Knotts said the wall was instrumental in healing a generation over the divisive Vietnam War and Vietnam Era. He said that the wall is a visible symbol of the promise that veterans not be forgotten when returning home. 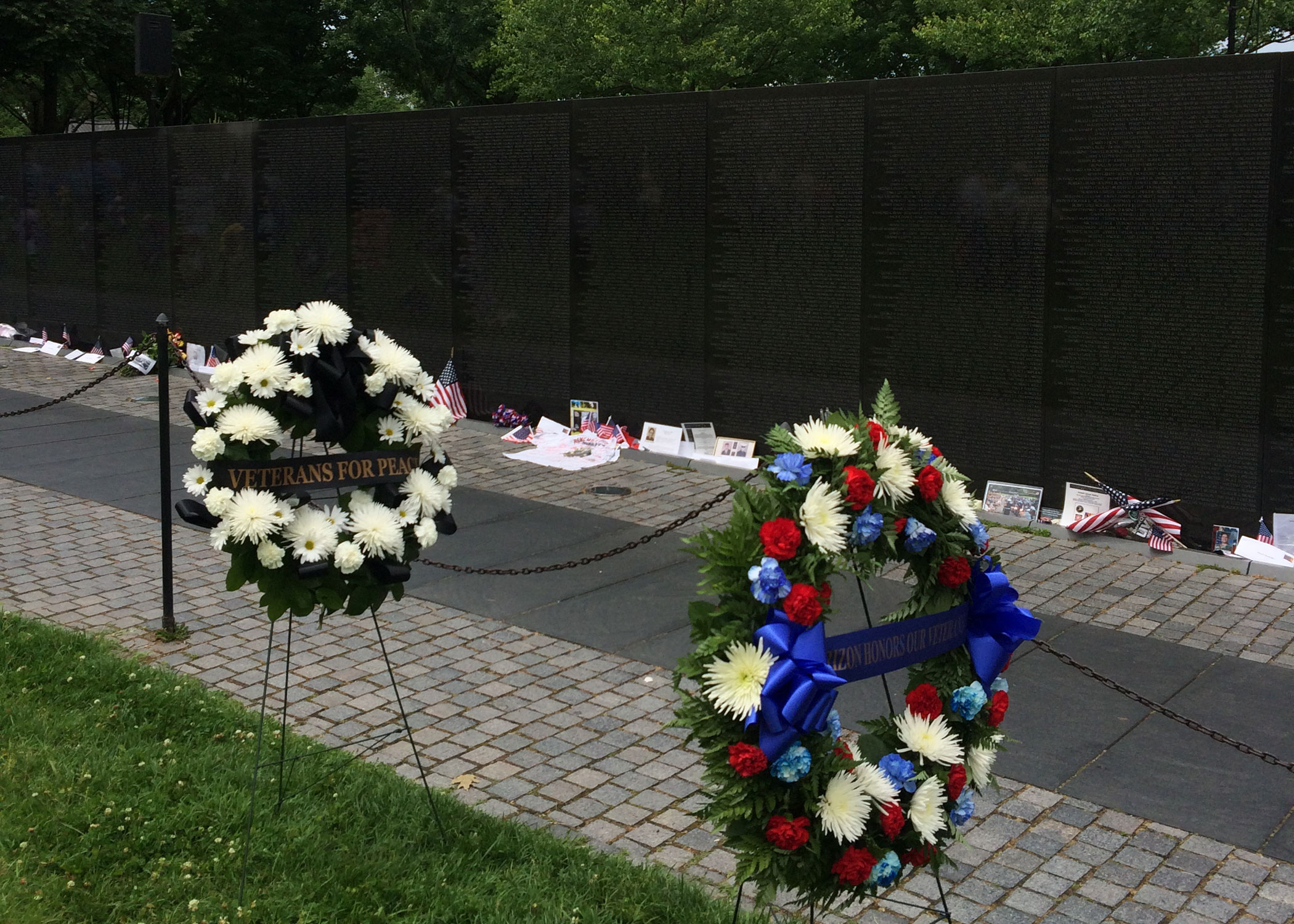