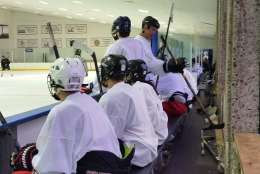 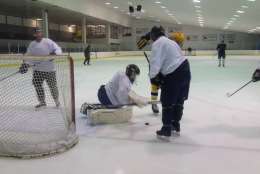 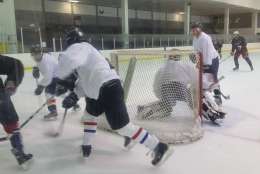 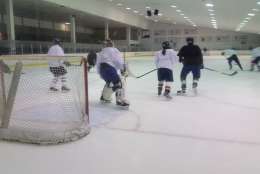 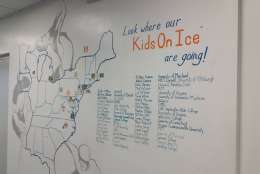 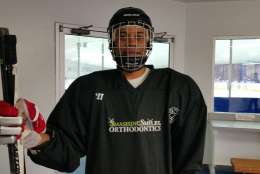 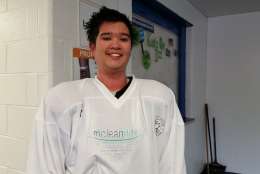 WASHINGTON — Imagine playing a hockey game that lasts for 12 hours. On Sunday, local athletes were doing just that with hopes of giving back to the community and make a difference in the lives of children.

Iman Kennerly took part in the marathon hockey game and fundraiser at Fort DuPont Ice Arena in Southeast. The event raised $15,000 for programs for young people.

“It really shows the outpouring of the community for support for part of D.C. that’s often overlooked,” said Kennerly. He has been a volunteer youth hockey coach for 20 years at the ice arena.

Youth ice hockey is part of the “Kids on Ice” programs. Speed skating and figure skating are also included.

The money raised on Sunday goes to the “Kids on Ice” programs. Most children in the programs are from D.C.’s poorest areas (Ward 7 and Ward 8). Each year, 1,500 to 2,000 kids take part in the programs free of charge. Even the equipment is provided.

Kennerly grew up in Newark, New Jersey. He knows how important these programs are to the children.

He said that ice hockey opened up a whole new world to him as a child. And for the past 20 years, that is what he has been doing for other kids who grew up in low-income neighborhoods, helping them to change their lives through ice hockey and skating.

Ty Newberry, ice arena general manger and executive director, said 20 years ago, they started off with 12 kids in the program.

One of those kids who benefited from the program is Danny Mullennex. He now attends Gonzaga College High School in D.C. through the help of scholarships and some connections through the ice arena, said Newberry.

On Sunday, Mullennex was playing all 12 hours of the hockey game. He said it was not only to have fun, but to pay it forward and help out the next kid.

Newberry said this is not just an ice arena; it is more like a community center.

“We have a lot of other programs,” he said. “We have a community garden out in the back that we partner with and other programs, study buddies program. We’ve been here for 40 years, the rink and the not for profit (Friends of Fort DuPont Ice Arena) has been around 20 years, celebrating 20 years of success.”

Newberry  said: “We remove all barriers, cost barriers for kids to participate. We provide a lot of scholarships, free equipment for the ice, whatever it may be that provides the opportunity for kids to get out on the ice participate, grow a passion, learn life lessons, become a teammate and do unique things.”

He said most programs are for ages 5 to 18 and that there is a heavy female presence at the ice arena.

Newberry said the programs are active outside the city, as well.

He said they took about 40 girls to Hershey, Pennsylvania for a synchronized skating competition. And this summer, they are taking some kids to Israel on a hockey exchange. He also said they do a lot with Special Olympics D.C.

“We have our second kid qualified to go to world championships for Special Olympics. A few years ago, we had a young man go to South Korea. And now, we’re sending one to Austria here shortly to compete.”

Inside the ice arena building is the “Wall of Fame,” which lists the names of kids from the program over the last 10 years who have gone on to college.

Some have gone to Ivy League schools, including University of Pennsylvania, and one is attending MIT.