After weeks of speculation, the Gathering for Justice -- otherwise known as the Women's March on Washington -- has named the location for its post-inauguration march.
Listen now to WTOP News WTOP.com | Alexa | Google Home | WTOP App | 103.5 FM

WASHINGTON — After weeks of speculation, the Gathering for Justice — otherwise known as the Women’s March on Washington — has named the location for its post-inauguration march.

Organizers confirm the rally will start in front of the Capitol at Independence Avenue and Third Street in Southwest on Jan. 21, 2017.

The starting location is one the organizers have discussed for weeks, but had not announced, said Cassady Fendlay, spokeswoman for the group.

As WTOP first reported, the event initially was said to take place on the National Mall, but seven other groups submitted their paperwork earlier for the same space in the days before and after the inauguration of President-elect Donald Trump. The group was likely not going to see its permit request to gather at the Lincoln Memorial granted by the National Park Service because of the permits ahead of it.

Participants in the D.C. area and across the country had been concerned about whether the march would happen since there had not yet been a location named.

Organizers say they are not releasing the route beyond that ralliers will begin to march down Independence Avenue.

Organizers expect more than 100,000 marchers, but planned for as many as 200,000 in their applications to accommodate all participants.

Below is a map of the location: 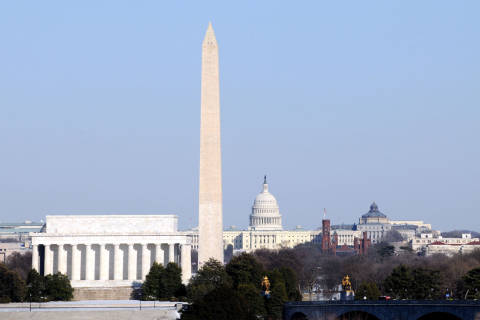