The mobile morgue can be used in mass casualty events or in chemical or biological incidents in which victims would need to be isolated. See photos and video.
Listen now to WTOP News WTOP.com | Alexa | Google Home | WTOP App | 103.5 FM
(1/9) 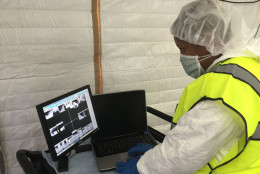 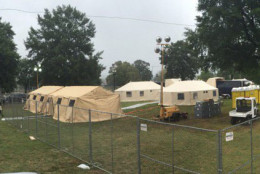 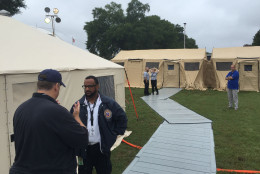 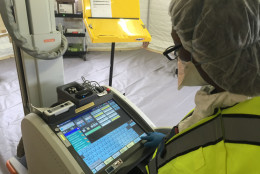 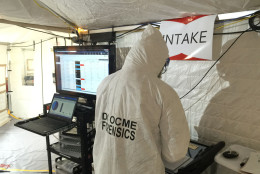 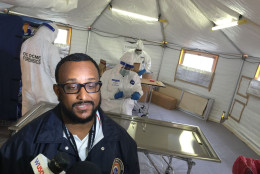 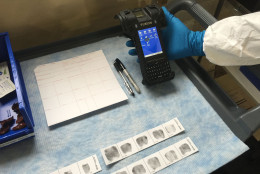 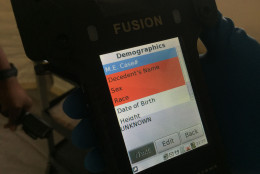 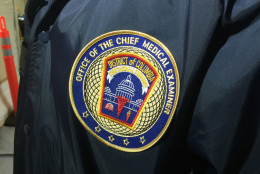 WASHINGTON — A mass fatality symposium and exercise this week in D.C. involved the deployment of the city’s field disaster morgue for the first time.

“This is a deployable, military-grade tent structure that’s been purposed to recreate our morgue operations,” D.C. Chief Medical Examiner Dr. Roger Mitchell Jr. told WTOP during a walk-through Thursday of the facility.

With a capacity of holding 200 decedents, the mobile morgue can be used in mass casualty events or in chemical or biological incidents in which victims would need to be isolated.

“This is the asset for the National Capital Region,” Mitchell said. “Places like New York, New Jersey, Connecticut and Pennsylvania — they have similar assets that they share. We brought that concept to the NCR and are performing our duties as appropriate.”

The mass fatality exercise participants came from 45 agencies such as the FBI, Amtrak, Department of Defense, and local and regional partners.

The exercise included a two-day symposium with lectures from international visitors who worked the November 2015 France terror attacks in Paris in which 130 people were killed and the Nice truck attack this summer that killed 86 people. The event also hosted the chief coroner who led the response to the December 2015 attack in San Bernardino, California, where 14 people were killed.

For 2nd day, abortion rights protests outside SCOTUS in DC ramp up