Demonstrators from civil rights groups and labor unions are among those who marched on Capitol Hill on Saturday to protest the influence of the National Rifle Association and to call for gun control legislation.
Listen now to WTOP News WTOP.com | Alexa | Google Home | WTOP App | 103.5 FM
(1/4) 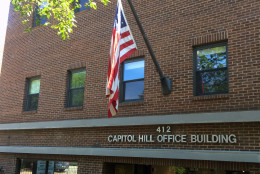 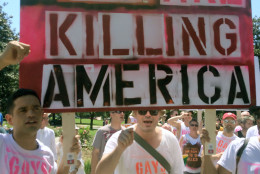 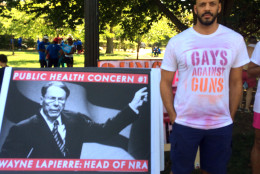 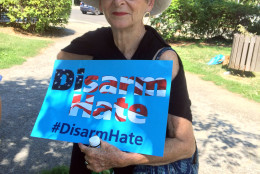 WASHINGTON— Demonstrators from civil rights groups and labor unions were among those who marched on Capitol Hill on Saturday to protest the influence of the National Rifle Association and to call for gun control legislation.

“I’m so opposed to people being able to get high-powered weapons that are meant for war,” said Sharon Devine, a member of the Gray Panthers who drove all night from Southfield, Michigan to attend the rally.

Demonstrators said they wanted Congress to approve legislation for universal background checks for gun buyers and to restrict the sale of high-capacity firearm magazines.

Gays Against Guns, a group formed following Orlando’s Pulse nightclub attack in June, said it was participating in the march “to identify the chain of death that is the NRA, gun lobbyists, politicians held by the NRA and gun manufacturers,” said John Grauwiler of New York City, a member of the group also known as GAG.

The demonstrators said they planned to keep pressure on Congress and to conduct more rallies, sit-ins and moments of civil disobedience in the months ahead.