WASHINGTON –The Metropolitan Police Department is revising its strategy on the war on drugs by changing officers’ attire and focusing on suppliers instead of street corner buyers.

The department’s current drug strategy often involves police officers in plain clothes, instead of uniforms, attempting to make arrests on the city’s streets. Open air sales have long been the target of the District’s drug enforcement, but D.C. Police Chief Cathy Lanier says that will come to an end soon, The Washington Post reports.

“Our main goal is the supply. We don’t want to focus police efforts on just people who are addicted. We want to be focusing on the people who are bringing the stuff in,” Lanier told the Post.

Along with the the policy shift comes a change in uniform.

Monica Hopkins-Maxwell, executive director of the Washington office of the American Civil Liberties Union, tells WTOP that police working on these cases will now wear “outfits” that consist of khaki pants and black shirts. The shirts will identify officers as police and by name.

“We’re encouraged by MPD’s analysis of their strategies and tactics, and seeing that their current strategy and tactic of unmarked police cars with plainclothes officers engaging with communities isn’t working,” Hopkins-Maxwell said.

At a time when tensions between police and communities is high, Hopkins-Maxwell says this change in tactics represents a new look at how to approach the war on drugs, one that hopefully will yield better results.

“I think our entire country has realized that maybe incarceration isn’t the proper response to a whole host of these things. And, quite frankly, many police officers don’t join the force to be drug addiction counselors or mental health providers or social workers.”

Lanier’s plan would eliminate vice squads and instead bring those officers into the Narcotics and Special Investigations Division. While undercover operations would continue, Lanier wants police to be identifiable while making arrests. 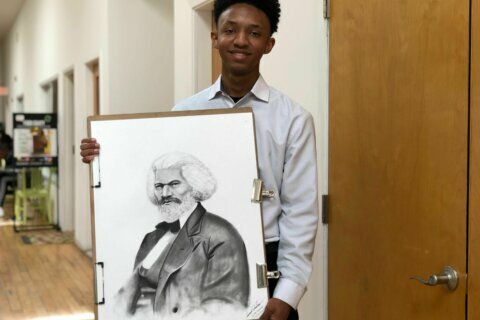