WASHINGTON — With the 2018 Major League Soccer season set to start early next month, D.C. United will play its home opener against the Houston Dynamo at the Maryland SoccerPlex in Montgomery County.

The change of scene was necessary because the team won’t have its real home field to play on until July 14, when its new soccer stadium, Audi Field, makes its debut.

The Washington Post reported that the team originally had requested to play all 17 home matches in Audi Field, but the MLS rejected the proposal. Instead, the team will play a pair of home matches locally in Maryland before playing in their new stadium.

The team’s first home match will be against the Houston Dynamo on March 17 at the SoccerPlex in Boyds, Maryland, at 1:30 p.m.

Keith Lenert, the director of operations at the SoccerPlex, said the venue has hosted D.C. United games in the past, but never a regular season match.

“We hosted D.C. United-Chicago Fire and D.C. United-Columbus Crew, but those were in the U.S. Open Cup competition,” Lenert said. “This will be the first MLS, officially sanctioned match that we will have hosted.”

The Maryland SoccerPlex has been the home venue for the Washington Spirit, a National Women’s Soccer League team, since 2013. The Spirit are scheduled to play 12 games at the SoccerPlex this upcoming NWSL season.

One of the concerns heading into the game is the 5,000-seat capacity of the SoccerPlex. Audi Field is set to have a capacity of 20,000 and the team’s former home, RFK Stadium in Washington, had a capacity for about 46,000 people.

“There’s permanent seating for 3,200 and then we open up a hillside that will accommodate another 1,000 or so,” Lenert said. “Then there’s some standing room because it’s such a small, bowl-type environment.”

Last season, D.C. United had an average attendance of 17,904 per game. Given the limited capacity at the Maryland SoccerPlex, the event could very well sell out.

That could pose multiple issues for the venue.

The team and facility have made efforts to ensure the infrastructure and amenities at the complex are up to par for an official MLS match. Lenert said there are some amenities that D.C. United will bring in specifically for the game.

“We are adding the necessary infrastructure to support our match broadcast as well as our pre- and post-match coverage,” Simpson said “There will also be infrastructure additions to accommodate the crowd size, including security, restrooms, concessions and any other necessary areas.”

In addition to the D.C. United game, the MSI Cherry Blossom Classic soccer tournament and the MVSA Volleyball Tournament also will be going on around the SoccerPlex and in the nearby Discovery Sports Center. According to Lenert, the team and venue have taken steps to address the possible safety and parking concerns for the various events that day.

“The biggest adjustment is probably planning for overflow parking,” Lenert said. “We have a earthen area on site here at the park that we will use periodically for large-scale events that require overflow parking.”

He said the venue has worked closely with the Maryland-National Capital Park Police to coordinate appropriate levels of police detail to support both traffic and the stadium crowd.

D.C. United starts its 2018 season on the road against Orlando City SC on March 3. 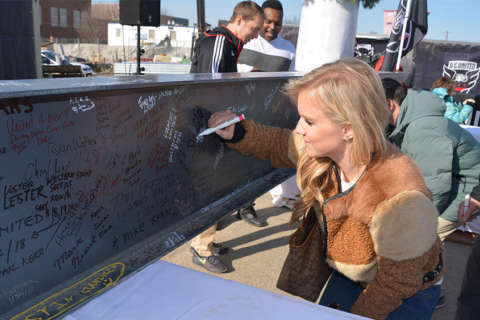 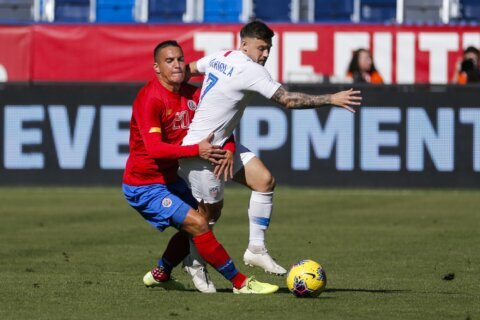 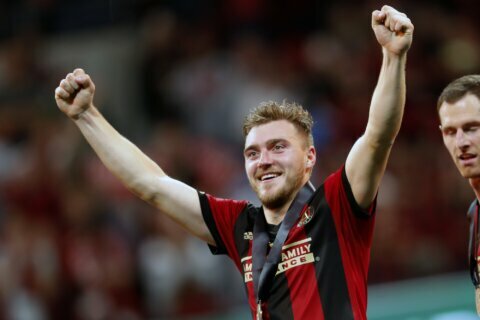