The stopped train blocked the tracks leading out to the storage yard, leading to “extreme congestion” at Union Station as trains stacked up in the terminal. The congestion eventually blocked four VRE trains — two on the Fredericksburg Line and two on the Manassas Line — from accessing Union Station entirely.

The delays Tuesday morning began shortly before 7:30 a.m. when an Acela train headed to New York was stopped just out of Union Station because of a mechanical issue. The train had to reverse back to Union Station and crews made repairs to the train.

Acela Train 2154 is currently stopped outside of Washington (WAS) due to a mechanical issue. We will update as more information becomes available.

In the meantime, VRE trains were blocked from entering Union Station and service began backing up.

A disabled Amtrak train in Union Station is blocking access to our yards resulting in extreme congestion. Trains currently cannot get into the station. Riders will need to catch Metro to go to L’Enfant and Union Station

VRE said customers experienced additional frustrations because a few VRE conductors erroneously told passengers they could use Metro to get to their destination free of charge. In fact, the “Metro option” was eliminated two years ago.

The Acela train was repaired and running again shortly before 9 a.m. — running about two hours late.

The morning delays were not expected to affect afternoon service, a VRE spokeswoman said. 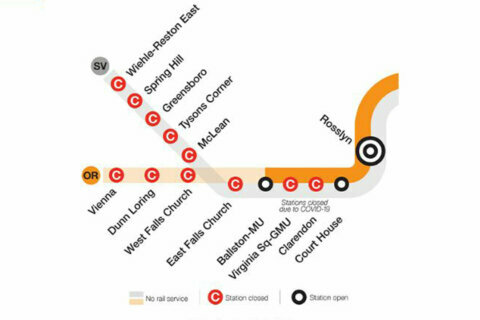