The completed work will mean that a trip up the parkway will be possible from Braddock Road to Virginia Route 7. Other changes in the area include additional traffic lights and an extension of Shreveport Drive.
Listen now to WTOP News WTOP.com | Alexa | Google Home | WTOP App | 103.5 FM

WASHINGTON — It is only about a mile long, but a missing link in Loudoun County’s road network that opens Wednesday could transform commutes and traffic patterns.

“The big connection will be Loudoun County Parkway, all the way from Route 50 to Route 7,” said Jennifer McCord of the Virginia Department of Transportation.

The final segment of the parkway was built as part of a proffer agreement by a developer, while VDOT is responsible for the new intersection with Old Ox Road. Widening work on Old Ox will continue over the next year to expand it from one to two lanes in each direction in that area just west of Dulles International Airport.

Other changes in the area include additional traffic lights and an extension of Shreveport Drive.

Combined, the connections could offer an alternative for some drivers to Virginia Route 28, but it could also add additional traffic to existing sections of the Loudoun County Parkway.

Dulles District Supervisor Matt Letourneau, who represents part of the area impacted by the changes, celebrated the construction milestone in a message to constituents as a fix for what had been one of the highest-priority of a number of long-term missing roadway links across Loudoun.

Last week, traffic shifted in the area to allow workers to finish painting lane markings and to update road signs.

After a ribbon cutting Wednesday afternoon, the full intersection is scheduled to open by Thursday morning’s rush hour, weather permitting.

As kids head back to school, police ask drivers to put their phones down, add extra time 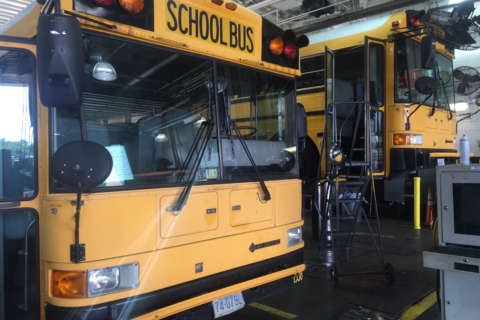 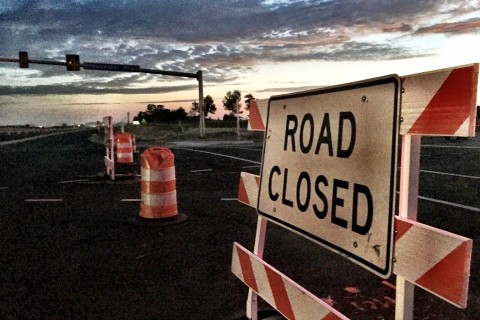 Loudoun Co. launches road project to keep commuters off US 50