A $1 billion overhaul of key parts of Reagan National Airport will include new checkpoints and a terminal that will mean travelers no longer have to squeeze onto buses to reach small planes. But the construction comes with some traffic changes. See photos of what's in store.
Listen now to WTOP News WTOP.com | Alexa | Google Home | WTOP App | 103.5 FM
(1/8) 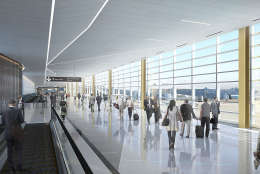 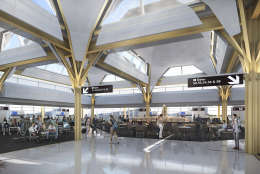 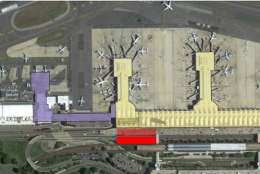 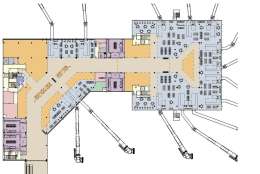 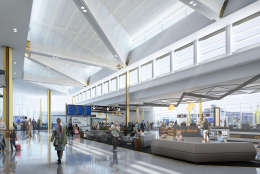 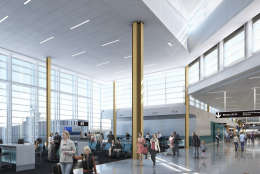 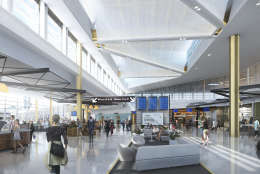 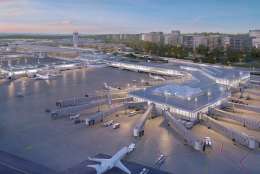 WASHINGTON — A $1 billion overhaul of key parts of Reagan National Airport will include new security checkpoints, traffic changes and an airy new terminal that will mean travelers no longer have to squeeze onto buses to reach small planes.

Metropolitan Washington Airports Authority CEO Jack Potter said Wednesday that the traffic impacts of building two new security checkpoints above the roadway where drivers pick up family and friends may be the biggest challenge.

The construction will mean lane closures, which the authority plans to limit to about a year, as the foundations of the new security areas are built between the Metro tracks and the existing terminals. That means driving through the airport to drop off, pick up or park could take longer.

The authority said entrances to the airport from the Metro station will remain open during construction of the security areas, although the moving walkways may be closed.

Separate, longer-term plans call for more significant changes to how drivers get into and out of the airport. Those changes, such as eliminating or shifting traffic lights on airport property, are meant to address the increased slowdowns as more and more people fly in and out of Reagan National.

In addition to security checkpoints, the new $245 million structures will also include some new concession space and airline customer service areas.

A presentation to the MWAA board of directors that outlined the final designs of the new security areas also showed how the main National Hall could change once it moves behind security checkpoints in fall 2020. Passengers changing planes will no longer have to go through security if their arrival and departure gates are both in what are now terminals B and C.

In 2021, a new $408 million commuter jet terminal is scheduled to open on the north side of the airport next to terminal C that will replace Gate 35X.

The 14-gate terminal is designed to be wide open, and will include couches and other relaxing areas. Barstool-style seats at tables with charging ports will also be available, along with new food or other concession areas. There will be two sets of public bathrooms in the new terminal.

The light-filled terminal is planned to look somewhat similar to the existing terminals B and C.

Most importantly, Potter said, passengers will no longer have to cram into a bus and go outside in snow, heat or rain just to get on their plane.

Gate 35X will remain open for now, though, and throughout the construction period. Planes will be parked in slightly different locations on the tarmac during construction than they are today, but passengers likely won’t notice a difference.

The new terminal and security checkpoints do not add any new flights at the airport. The number of slots and the rules on how far flights are allowed to go are set by the federal government.