Companies are investing billions of dollars to ramp up production of plastics made from natural, renewable materials that can be safely composted or can biodegrade under the right conditions.
Listen now to WTOP News WTOP.com | Alexa | Google Home | WTOP App | 103.5 FM
(1/22) 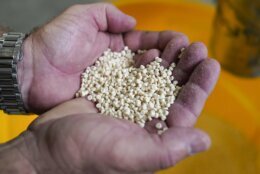 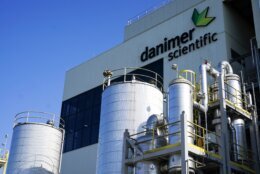 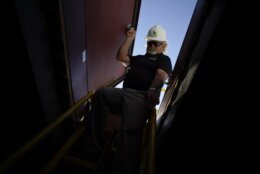 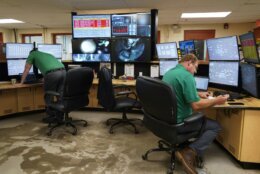 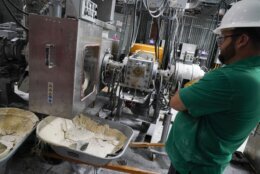 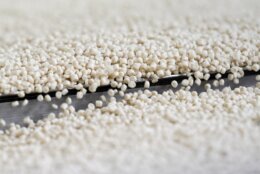 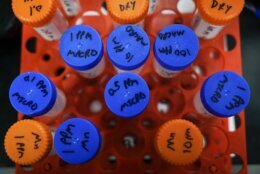 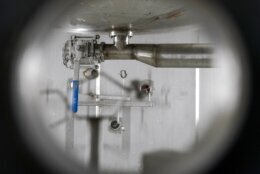 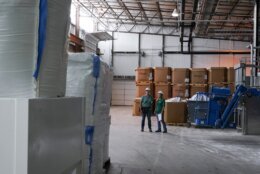 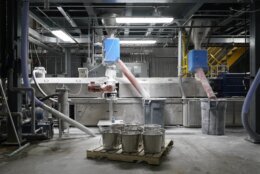 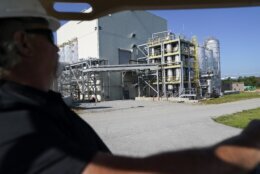 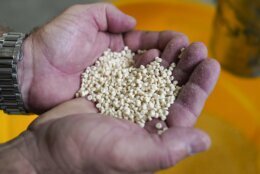 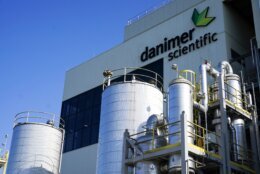 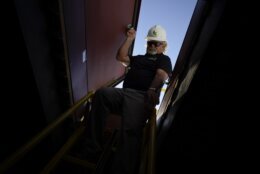 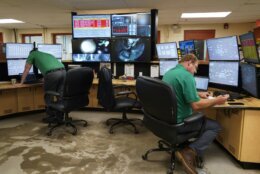 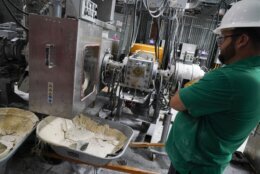 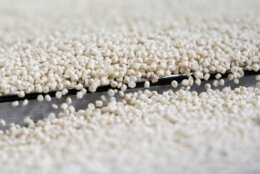 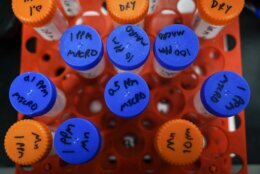 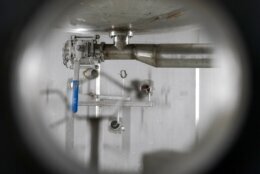 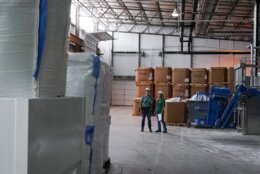 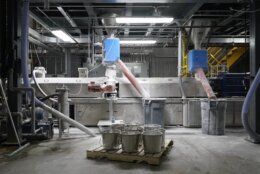 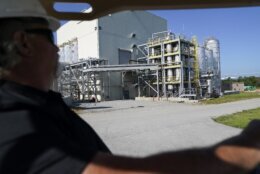 CLEVELAND (AP) — In a world increasingly troubled by the persistent harm that plastic — manufactured in petrochemical plants — has had on the environment, companies are investing billions of dollars to ramp up production of plastics made from natural, renewable materials that can be safely composted or can biodegrade under the right conditions.

Bioplastics have long been used in medical applications. The stitches you got after cutting your hand slicing onions were likely made of a bioplastic thread that harmlessly dissolved into your body.

But the nascent bioplastics industry envisions a far bigger role for materials made from corn, sugar, vegetable oils and other renewable materials in the hope of grabbing a larger share of a nearly $600 billion global plastic market.

Since large-scale production began in the 1950s, fossil fuel plastics have made food safer to consume and vehicles safer to drive, for example. Yet plastics are seen as one of the world’s leading environmental threats with its production responsible for emitting million tons of greenhouse gases each year.

Of the 9 billion tons of fossil fuel plastic produced since the 1950s, only 9% percent has been recycled, studies have shown. The rest has been buried in landfills, burned or has polluted land and waterways. The chemical structure of fossil fuel plastic means it can never fully disintegrate and instead breaks down into smaller and smaller particles.

For now, bioplastic represents just 1% of global plastic production. If plastic made with fossil fuels is the enormous Mall of America in Minnesota, bioplastics would be a 7-Eleven.

Companies and investors see opportunities. Data from i3 Connect show investment in bioplastic manufacturing reached $500 million in the first three months of 2022, exceeding the previous high of $350 million in the last quarter of 2021. The money is coming in from both corporations and venture capitalists.

Danimer Scientific is one company making a big bet on bioplastic with a recent expansion of its plant in Winchester, Kentucky, The Georgia-based firm makes a bioplastic called PHA using microorganisms that ferment with canola oil. The result is plastic pellets that manufacturers can use to mold products in the same way they use petrochemical plastic, Danimer CEO Stephen Croskrey said in an interview.

The expansion has made Danimer one of the largest PHA producers in the world.

Straws and plastic drink stirrers made from Danimer’s PHA are being used in Starbucks and Dunkin’ Donuts and large venues like Sofi Stadium in Inglewood, California, Croskrey said.

“We have active development projects for just about anything you can imagine,” he said.

Testing has shown products made from Danimer’s PHA can biodegrade in six months in marine environments and two years in soil, Croskrey said.

The other primary bioplastic sold today is PLA, polylactic acid, usually produced by fermenting sugar from corn and sugar cane. One producer is Minneapolis-based NatureWorks, a joint venture by Cargill, one of the world’s largest privately-held corporations, and Thailand-based PTT Global Chemical. It is the largest PLA company in the world, capable of producing 150,000 metric tons of bioplastic pellets annually at a plant in Blair, Nebraska.

NatureWorks is building a $600 million plant in Thailand that will increase its production capacity by 50%, said Leah Ford, the company’s global marketing communications manager, in an interview.

The company’s “biggest visibility market,” Ford said, is compostable food service items such as plastic cutlery, clear cups, wrappers and containers that, along with restaurant food waste, can be converted into a dark organic material to enrich soil in gardens and on farms. That’s important because food waste clogs recycling machinery and contaminates recyclable petroleum plastics.

NatureWorks has become something of a game changer in the United Kingdom, where PG Tips, a big name in tea, has switched from polyester tea bags to bags made with cellulose and a thin layer of NatureWorks’ PLA that are fully compostable, Ford said.

Researchers at McGill University in Montreal released a study in 2019 that said petroleum-based polyester tea bags leach billions of microplastic particles when steeped in hot water. Around 60 billion cups of tea are consumed annually in the UK.

One of the criticisms of bioplastic made with corn and sugar is that it uses arable land on a hungry planet. Ford called that concern unfounded. NatureWorks uses sugar extracted from corn while the rest of the kernels are used to produce sweeteners, ethanol, cooking oils and livestock feed.

PLA, unlike PHA, does not easily biodegrade in nature. It needs to be mixed with food waste in industrial composters to biodegrade. When buried in landfills, PLA will eventually disintegrate, but that would likely take decades.

NatureWorks has formed a partnership with PHA manufacturer CJ Bio to produce a bioplastic that can more easily biodegrade. The company, headquartered in South Korea, is expanding its plant in Indonesia and is planning to build a large plant in the Americas, said Raj Kirsch, vice president of research and development at CJ Bio.

Blending the two types of bioplastic “brings a lot of value propositions to the final end product,” Kirsch said in an interview.

Ramani Narayan, a professor of chemical engineering at Michigan State University, has worked with Cargill in the past to help with PLA production.

Narayan said companies are using biodegradability claims to make their products more attractive to consumers. But the term is “misused, abused and overused because everything in the world is biodegradable given the right time and environment.”

California, Narayan noted, has banned the use of the term “biodegradable” in marketing. The world needs to replace petroleum plastic with plastic materials that have been verified and certified as completely biodegradable, he said.

Narayan acknowledged that bioplastics are easier to biodegrade than petrochemical plastic which can take centuries to disintegrate, shedding worrisome microplastic along the way. Yet the fact that PHA takes longer to break down in cold oceans and lakes than in temperate climes shouldn’t be sugarcoated.

“It will take time, and you need to say that,” Narayan said.