Coronavirus News: Fairfax Co. votes to increase substitute teacher pay | Is it time to get a COVID-19 booster? Which one? | Local cases of COVID-19 | How many in DC region are vaccinated?
Home » Consumer News » Headlights on most base-model…

When it comes to headlight safety, drivers are being left in the dark unless they cough up more cash for better options, according to a new IIHS study. And of 424 headlight variants on 2018 models, 67 percent earned a "marginal" or "poor" rating. Learn more.
Listen now to WTOP News WTOP.com | Alexa | Google Home | WTOP App | 103.5 FM
(1/9) 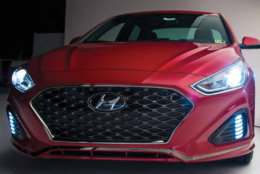 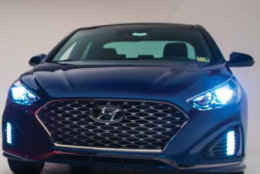 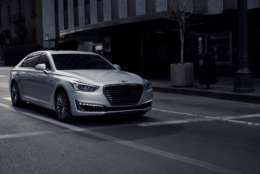 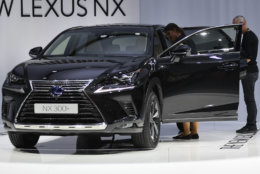 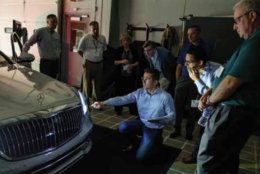 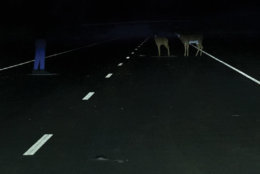 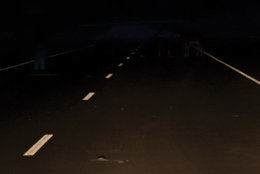 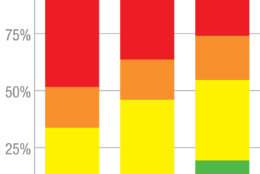 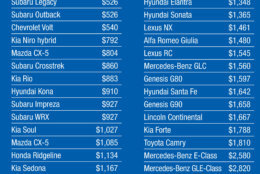 WASHINGTON — When you hit the road at night — eyes open for bad drivers who might cut you off or deer that seem hellbent on wrecking your vehicle — do you want “good” headlights or ones that are just … “acceptable”?

Unless you pony up more money, a new Insurance Institute for Highway Safety report finds that headlights on most 2018 base-model vehicles range only from “marginal” to “poor.”

Many “good” headlights are optional or bundled with features that can raise the price of the vehicle significantly.

And of the 424 headlight variants evaluated by IIHS engineers, 67 percent earned a “marginal” or “poor” rating due to inadequate visibility, excessive glare from low beams for oncoming drivers or both.

Drivers are being left in the dark unless they cough up more cash. Sometimes thousands upon thousands of dollars.

About half of all fatal crashes in the U.S. occur in the dark, according to the IIHS, and more than a quarter occur on unlit roads.

“Consumers shouldn’t have to buy a fully loaded vehicle to get the headlights they need to safely drive at night,” David Aylor, manager of active safety testing at IIHS, said. “All new vehicles should come with good headlights.”

Only two vehicles — the Genesis G90 luxury sedan and the Lexus NX luxury SUV — come with “good” headlights, no matter the trim line or options package.

The best-available headlights on the Chevrolet Volt, Genesis G80, Mercedes-Benz E-Class and Toyota Camry are “good.” The lowest are “acceptable.”

“The Kona’s LED low beams should give a driver traveling straight at 65 mph enough time to identify an obstacle in the road and brake to a stop,” Aylor said.

“In contrast, someone with the halogen lights would need to drive 25 mph slower to have enough time to react to avoid a crash.”

Consumers need to pay more for a top trim line to get the best available headlights.

On the bright side, manufacturers have been focusing on improving headlights since the IIHS started rating passenger vehicles in 2016.

“In the past two years, manufacturers have made changes to improve headlights, whether through better aim or the light source itself,” Aylor said.

“But we still see a lot of models where the base headlight is poor, so buyers really have to do their homework to make sure they are getting the best available headlights.”

There are also more vehicles that have “good” to “acceptable” ratings across the board, regardless of what trim line option consumers go for.

The IIHS also looked into the cost of headlight repairs using original equipment manufacturer (OEM) lights if you’re involved in even a minor crash.

Prices range from $526 for Subaru’s Legacy and Outback models and skyrocket to $3,242 to replace BMW 5 series headlights.

Replacing just one headlight on more than two-thirds of the “good” vehicles will take a $1,000-plus bite out of your bank account.

To put that in perspective, the typical insurance deductible is $500.

“Repair costs for a minor crash could easily double if a headlight is damaged,” said Sean O’Malley, senior test coordinator at IIHS.

“Not to mention the extra time your car will spend in the shop getting fixed.”