After four decades of covering Capitol Hill, a reporter talks about how there is now suspicion and even hostility among members of Congress.
Listen now to WTOP News WTOP.com | Alexa | Google Home | WTOP App | 103.5 FM

WASHINGTON (AP) — In the waning moments of Democrats’ four-decade hold on the House, I saw a gesture that seems unthinkable today. On the evening of Nov. 29, 1994, they let the top Republican preside, briefly, over the chamber.

It was a display of respect and affection toward Minority Leader Bob Michel, R-Ill., retiring after a 38-year House career served entirely under Democrats. He embraced with outgoing Speaker Tom Foley, D-Wash. Republicans were taking over in January under the combative Rep. Newt Gingrich, R-Ga., abandoning Michel’s consensus-building style.

Those feelings between leaders are all but gone. In their place are suspicion and even hostility, most starkly symbolized by magnetometers lawmakers must pass through before entering the House chamber.

As I retire after nearly four decades covering Capitol Hill, that contrast and the forces behind it illustrate why I’ve loved covering Congress — and why I’ve recently felt dispirited.

Congress is dominated by masters of political hardball who’ve survived a Darwinian culling of the nation’s most ambitious politicians. Covering them is like attending a riveting theatrical drama, except you get to wander behind the curtain and chat up the actors.

In a moment of irony, I saw Gingrich in 1998, then speaker, lash out at the very conservatives who’d powered his own rise after they opposed his budget deal with President Bill Clinton as a surrender. Gingrich mocked them as the “perfectionist caucus,” a bow to the compromises needed in a divided government. He soon announced his retirement.

Near midnight on Sept. 11, 2001, I watched Democrats and Republicans, in a show of solidarity on the Capitol steps, spontaneously sing “God Bless America.”

Pelosi triumphantly waved the gavel aloft in 2007 when she became the first female speaker. “For our daughters and our granddaughters, we have broken the marble ceiling,” the California Democrat said.

Eight years later, I saw awe in the eyes of House Speaker John Boehner, R-Ohio, a Catholic, as he greeted Pope Francis, whom he’d invited to address Congress.

I saw shock on Republicans’ faces the very next morning as they left a Capitol basement meeting where Boehner revealed he was quitting, hounded by a new generation of hard-right conservatives, the House Freedom Caucus.

Democrats and Republicans cheered when No. 3 House GOP leader Steve Scalise of Louisiana limped into the chamber in 2017, three months after being gravely wounded when a gunman attacked a Republican baseball practice.

And I’ve witnessed upheaval. Starting in 2017, Sen. Al Franken, D-Minn., and others resigned amid the #MeToo sexual harassment movement.

I had one deeply embarrassing close encounter with a freshly sworn-in president in 2001. I was assigned to a ceremonial Senate room where new presidents sign papers immediately after their inaugural address.

Someone brushed my elbow. Standing beside me was President George W. Bush. I tried drawing him out with a folksy, “So, how’d it go?” He parried what was likely his first reporter’s question as president with a nod, adding, “Good.”

I still overhear Democrats and Republicans making dinner plans. The sorrow over this month’s traffic accident death of Rep. Jackie Walorski, R-Ind., and two aides was bipartisan and heartfelt.

Pelosi referred to House Minority Leader Kevin McCarthy, R-Calif., as a “moron” after he opposed mask mandates in the House as the coronavirus pandemic spiked. McCarthy said it would be “hard not to hit her” with the gavel if he becomes speaker. His spokesperson called it a joke.

Both parties have fewer moderates. House districts increasingly drawn for partisan advantage push Democrats left, Republicans right as they appeal to their most activist primary voters.

Through early this century, most Supreme Court nominees were approved easily.

None of that approximates Trump’s baseless assertion that the 2020 election was stolen from him, a claim rejected by dozens of courts, local officials and his own attorney general.

His false construct fueled the Jan. 6 insurrection. I wasn’t in the Capitol because of the pandemic, but there is no forgetting the death, injury, destruction and disheartening sense that democracy itself had been defiled.

Just hours after the mob was dispersed, more than half of House Republicans and eight GOP senators voted against certifying Democrat Joe Biden’s victory. McCarthy initially said Trump “bears responsibility” for the attack but later blocked a bipartisan investigation.

Many Republicans have downplayed or deflected attention from that calamitous day. Trump remains his party’s dominant figure.

Republicans have backed Trump’s claims that this month’s court-sanctioned search of his Mar-a-Lago estate was politically motivated. The FBI is led by Trump-appointed Director Christopher Wray and emerged with sensitive national security documents that are federal property.

Anti-government rhetoric by politicians is not new. But these latest assaults on faith in government and the election system underpinning it — by potent influencers like a former president and his elected supporters — come amid authorities’ warnings about increased calls for violence, even civil war.

I’ve bumped into celebrities from Muhammad Ali to Jon Stewart. But politicians have left the most lasting impressions.

Gingrich’s hardening of partisan enmity — he counseled describing Democrats with focus group-tested words like “traitors” and “sick” — was sometimes answered in kind. Rep. Sam Gibbons, D-Fla., angrily left one 1995 House hearing on Medicare cuts Republicans wanted. “I had to fight you guys 50 years ago,” shouted Gibbons, who parachuted into France behind Nazi lines on D-Day.

I’ve seen agreements to authorize a military response to 9/11, keep the 2008 Great Recession from getting even worse and spend trillions of dollars to counter the pandemic.

Trump’s norm-busting four years featured constant clashes with Congress including Republicans, from whom he tolerated no dissent.

I prodded one Republican, privately critical of Trump, to talk on the record. “He’d send me to Gitmo,” he said.

House Speaker Paul Ryan, R-Wis., just 48, announced in early 2018 that he would retire. He later told author Tim Alberta he could not endure two more years working with Trump.

The cautious McConnell and impulsive Trump long had a fraught relationship. It was severed as McConnell, who voted to acquit Trump over Jan. 6 on the grounds that he’d already left the White House, immediately afterward blistered him as being “practically and morally responsible” for the riot.

I’ve seen lawmakers risk their jobs by backing the party line. Democrats lost dozens of seats in 1994 after rallying behind a Clinton deficit-reduction package. They lost again in 2010 after enacting Obama’s health care law.

Ten House Republicans voted to impeach Trump over the insurrection. At least eight, including Rep. Liz Cheney, R-Wyo., Trump’s most relentless GOP foe, will not be in Congress next year.

Lawmakers have recently approved accords helping Ukraine and veterans and modestly restricting guns — glimmers suggesting they can still work together.

Yet the confluence of today’s forces chipping away at faith in government institutions would not be recognizable to Foley and Michel. 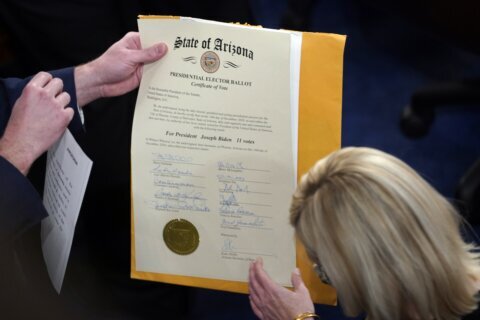 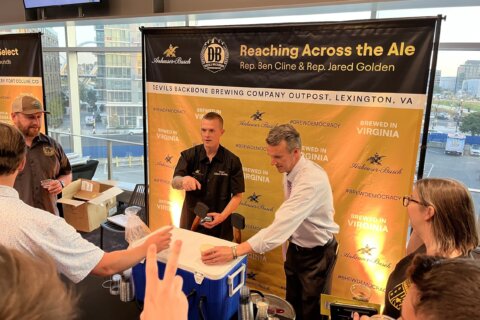 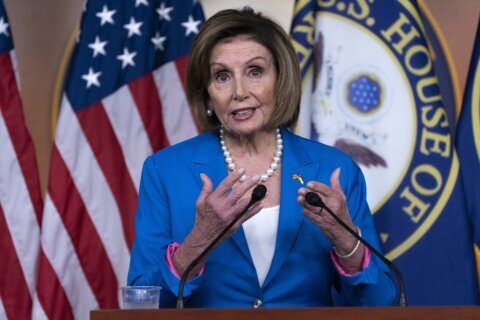