After six months of Democratic control in Washington, the party's progressive wing is growing increasingly restless as campaign promises go undone — blocked not only by Republican obstruction, but also by Democrats' own inability to unite fully around priorities.
Listen now to WTOP News WTOP.com | Alexa | Google Home | WTOP App | 103.5 FM

WASHINGTON (AP) — Hopes for a big infrastructure investment are teetering. An ambitious elections and voting bill is all but dead. Legislation on police brutality, gun control and immigration has stalled out.

After six months of Democratic control in Washington, the party’s progressive wing is growing increasingly restless as campaign promises go undone — blocked not only by Republican obstruction, but also by Democrats’ own inability to unite fully around priorities.

The time ahead is pivotal for President Joe Biden and his allies in Congress to seize what some view as a transformative moment to rebuild the economy and reshape the country.

“There’s a lot of anxiety,” said Rep. Ro Khanna, D-Ca., who had been a co-chair of Bernie Sanders’ presidential bid. “It’s a question really for President Biden: What kind of president does he want to be?”

The summer work period is traditionally among the busiest for Congress, but especially sharpened this year as Democrats strain to deliver on Biden’s agenda. Senate Majority Leader Chuck Schumer warned colleagues that June will “test our resolve.” Infrastructure talks are dragging, though Biden is expected to talk again Tuesday with Sen. Shelley Moore Capito, the lead Republican negotiator. But the limits of bipartisanship in the 50-50 Senate increasingly clear.

The party suffered a debilitating blow over the weekend when Sen. Joe Manchin, D-W.Va., announced his opposition to the voting bill, titled S.1 because it is a top party priority. Many Democrats view it as crucial to protecting democracy and a direct response to restrictive new voting laws being passed in Republican-led states egged on by Donald Trump, the former president.

“Do I feel discouraged? Yes,” said Rep. Pramila Jayapal, D-Wash., chairwoman of the Congressional Progressive Caucus, warning of a failure of deliver on the promises. “We will lose voters for a generation.”

Schumer, in setting the agenda, is challenging senators to prepare to make tough choices. But he is also facing a test of his own ability to lead the big-tent party through a volatile period of shifting priorities and tactics in the aftermath of the Trump era and the Capitol insurrection.

While Democratic senators have been generating goodwill by considering bipartisan bills in the evenly split Senate, they face mounting pressure from voters who put them in office to fight harder for legislation that Republicans are determined to block with the filibuster. Democrats hold the edge in the Senate because Vice President Kamala Harris can break a voting tie.

Fed up by the delays, some senators are ready to change the rules to eliminate the filibuster, which they blame for the inaction. The long-running Senate filibuster rules require 60 votes to advance most legislation, meaning as many as 10 Republicans would need to cross party lines to help Democrats achieve their priorities. Some senators propose reducing the voting threshold to 51.

But Manchin, in announcing his opposition to the voting rights bill Sunday as the “wrong piece of legislation to bring our country together,” also restated his refusal to end the filibuster — for now, denying his party a crucial vote needed to make the rules change that could help advance its agenda.

On Tuesday, leading civil rights figures including Rev. Al Sharpton and Marc Morial are scheduled to meet with Manchin in Washington. Biden urged them to visit the senator to discuss the voting bill and the legislative agenda. He encouraged them to keep the conversation constructive and not put pressure the senator — at least not yet, according to a person familiar with the discussion but not authorized to speak about private conversations.

At the same time, Democratic groups supporting S.1 vowed to continue with a $30 million campaign pressing Democratic senators to rewrite filibuster rules and pass the bill — including with TV ads in Manchin’s West Virginia.

But it’s not just Manchin who opposes changing the filibuster laws. Without support from him or other filibuster defenders, like Sen. Kyrsten Sinema, D-Ariz., Democratic senators will be forced to confront the limits of their fragile majority. If Democrats decided to go it alone on the big infrastructure bill, as talks with Republican senators stall, they would need to be unified because they would have no votes to spare.

Failing to deliver on campaign promises that are popular with voters could exacerbate party divisions and expose Democrats to criticism from their own ranks as well as from Republicans eager to show that Biden’s party cannot govern.

“We need to move the ball,” said Yvette Simpson, CEO of Democracy for America, a liberal advocacy organization.

“We told everyone to come out against all odds in the pandemic and vote,” she said about the 2020 election. The promise was that with Democrats in power, ”we’re going to have all these great things happen, their lives are going to be better. And what they’re finding is that it looks like Washington as usual.”

Schumer has been laying the groundwork for this moment since he became majority leader in January, trying to build the case that bipartisanship can work in some cases — with passage of an Asian hate crimes bill or a water public works package. But he also recognizes that it has limits, according to two Democratic aides granted anonymity to discuss the private strategy.

The Democrats’ weekly closed-door policy caucus lunches have been intense, particularly during the two special sessions they have held to privately debate the path forward on the voting rights bill, one of the aides said.

Rather than force reluctant senators to fall in line, Schumer is trying to lead Democrats to their own conclusion — either bipartisan deals with Republicans are possible or they have no choice but to go it alone on infrastructure or other priorities, the aides said.

One aide suggested Schumer is no arm-twisting leader in the style of Lyndon Johnson, who before he became president was famous for his hardball cajoling as majority leader.

Khanna said the president, however, can have a big role. “This would be his LBJ moment — can he pick up the phone and work his magic to get his Democrats on board?” 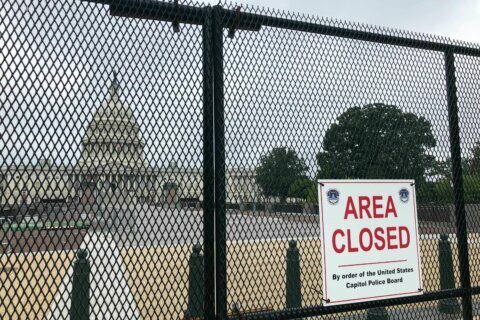