Within a span of about 24 hours, three House Democrats announced they tested positive for COVID-19, prompting concern that last week’s insurrection at the Capitol has also turned into a super-spreader event threatening the health of lawmakers and their staffs.
Listen now to WTOP News WTOP.com | Alexa | Google Home | WTOP App | 103.5 FM

WASHINGTON (AP) — Within a span of about 24 hours, three House Democrats announced they tested positive for COVID-19, prompting concern that last week’s insurrection at the Capitol has also turned into a super-spreader event threatening the health of lawmakers and their staffs.

Those who tested positive were among dozens of lawmakers who were whisked to a secure location when pro-Trump insurrectionists stormed the Capitol on Wednesday. Some members of Congress huddled for hours in the large room, while others were there for a shorter period.

It’s not certain where and when lawmakers caught the illness, but the Capitol’s attending physician notified all House lawmakers of possible virus exposure and urged them to be tested. Dr. Brian Moynihan said members who were in protective isolation last Wednesday “may have been exposed to another occupant with coronavirus infection.”

The three Democratic lawmakers directed their anger toward some House Republicans who were also in the secure room and declined opportunities to wear masks, despite their role in blocking the spread of COVID-19. Video surfaced of multiple Republican lawmakers refusing to wear a mask even when one was offered.

“Today, I am now in strict isolation, worried that I have risked my wife’s health and angry at the selfishness and arrogance of the anti-maskers who put their own contempt and disregard for decency ahead of the health and safety of their colleagues and our staff,” Rep. Brad Schneider, D-Ill., said Tuesday.

“Too many Republicans have refused to take this pandemic and virus seriously, and in doing so, they endanger everyone around them,” Jayapal said. “Only hours after President Trump incited a deadly assault on our Capitol, our country, and our democracy, many Republicans still refused to take the bare minimum COVID-19 precaution” and simply wear a mask in a crowded room.

Rep. Bonnie Watson Coleman of New Jersey said Monday that she had tested positive for COVID-19.

All three lawmakers are isolating. Schneider said he was not feeling symptoms, while Watson Coleman said she was experience mild, cold-like symptoms. Jayapal did not elaborate on how she was feeling, but noted that she began to quarantine several days ago out of concern about conditions in the secured room.

Within hours of their announcements, Reps. Debbie Dingell, D-Mich., and Anthony Brown, D-Md., introduced legislation that would impose a $1,000 fine on any member of Congress refusing to wear a mask on Capitol grounds during the COVID-19 pandemic.

“It is not brave to refuse to wear a mask. It is selfish, stupid and shameful behavior that puts lives at risk,” Dingell said.

A senior House Democratic aide said the House will also consider a rule Tuesday night that includes a fine system for noncompliance with House Speaker Nancy Pelosi’s mask requirement on the House floor. The first offense would result in a fine of $500, the second, $2,500. The fines would be deducted from a member’s pay. The aide was not authorized to discuss the matter publicly and spoke on condition of anonymity.

Separately, the House Office Building Commission will be immediately considering the implementation of a similar fine system for noncompliance in the House office buildings near the Capitol and the entire House side of the U.S. Capitol Building.

Jayapal also called on the House sergeant at arms to remove any lawmaker from the House floor who declines to wear a mask.

“This is not a joke,” she said. “Our lives and our livelihoods are at risk, and anyone who refuses to wear a mask should be fully held accountable for endangering our lives because of their selfish idiocy.”

Schneider said he was in the crowded secure location for about four hours. He said he received the first dose of a COVID-19 vaccine a few days before that potential exposure. However, health experts note that it is possible for a person to get infected with the virus just after vaccination because the vaccine did not have enough time to provide protection.

“I don’t know from whom I got this virus, or even necessarily if I got it in that room,” he said during a virtual news conference from his suburban Chicago home, where he’s isolating. “But I know that my exposure in that room was greater than at any other time through this entire pandemic.”

Associated Press writers Sophia Tareen in Chicago and Lisa Mascaro in Washington contributed to this report. 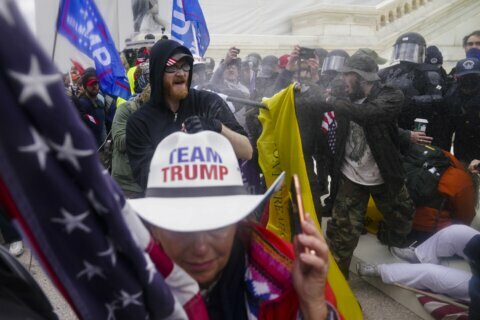 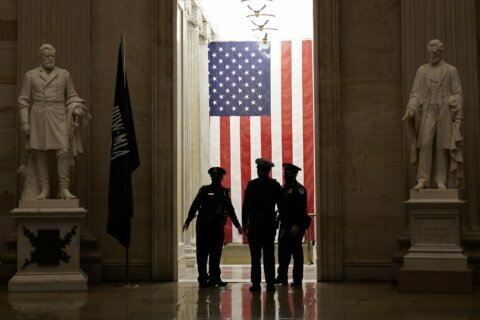