Tired of robocalls? Congress discusses bill that could help

A bipartisan group of lawmakers are sponsoring the TRACED Act, which would push major carriers to make technology improvements, so the source of phone calls can be authenticated and the consumer will know who they're from. It would also step up penalties and fines.
Listen now to WTOP News WTOP.com | Alexa | Google Home | WTOP App | 103.5 FM

It’s an issue you’re probably all too familiar with: annoying robocalls to your cellphone.

Robocallers are bombarding cellphones with more calls than ever. In fact, half of all calls to cellphones this year will be robocalls, according to Sen. John Thune, R-SD, who oversaw a Senate subcommittee hearing on the issue Thursday.

“Illegal use of robocalls must end,” said Thune, noting that the calls are among top consumer complaints to the Federal Trade Commission and the Federal Communications Commission.

Thune noted that by one estimate, Americans received 26 billion robocalls last year. That was up nearly 50 percent from the year before.

Thune and a bipartisan group of lawmakers are sponsoring the TRACED Act, which would push major carriers like Verizon and AT&T to make technology improvements, so the source of calls can be authenticated and the consumer will know who they’re from. The legislation would also step up penalties and fines.

Several senators during Thursday’s hearing noted their own frustrations with receiving robocalls, including Brian Schatz, D-HI, who said he received a text from his mother this week.

“‘I just got spam calls to my own landline, supposedly from my landline. What is the regular person supposed to do but grin and bear it?'” Schatz said, reading the text from his phone.

“I texted back, ‘On it,'” Schatz said to knowing laughter in the committee room.

Nebraska’s Attorney General Doug Peterson was among the witnesses who testified before the Senate Subcommittee on Communications, Technology, Innovation and the Internet. He said attorneys general from all 50 states support the TRACED Act, which was passed out of the full Senate Commerce Committee last week.

Peterson testified that in recent years, consumers have made progress by finding and purchasing call-blocking apps, “yet the problem continued to grow.”

But the robocallers have also taken advantage of improvements in technology. Lawmakers and experts say that’s part of the reason the Do Not Call Registry is no longer effective.

Scammers often use “spoofing,” which makes it appear that calls to people are from vaguely familiar numbers, or appear to have your local area code. But phone scams are only part of the problem, according to a witness who testified.

“Major American corporations, many of which are household names, are a large part of the cause of the proliferation of robocalls that plague Americans every day,” said Margot Freeman Saunders, senior counsel with the National Consumer Law Center.

Saunders said that under current law, a call or text to a cellphone using an automatic telephone dialing system or prerecorded voice can only be done with the “prior express consent” of the person called. She said many companies “do not want to stop calling when consumers say ‘stop.'”

Wrapping up the hearing, Thune noted there’s also an issue that goes beyond simply being annoyed by bogus calls.

“There seems to be an inherent danger when people are no longer picking up legitimate calls that might relate to their own health and safety,” he said. Data Doctors: The bad news about unwanted calls (and tips for handling them) 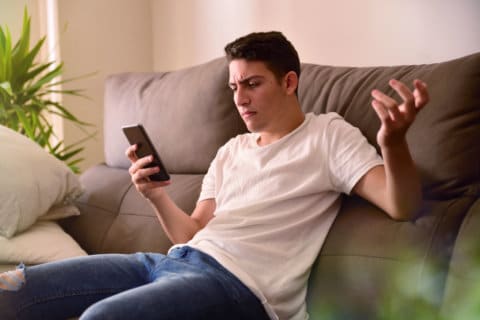 Why all the robocalls? Because it’s cheap, DC firm says