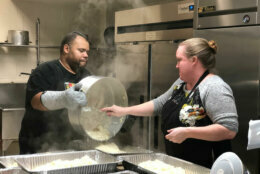 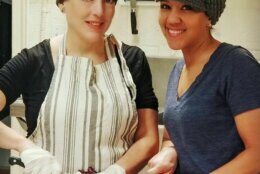 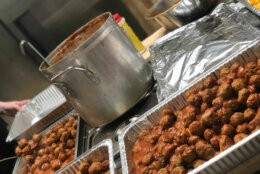 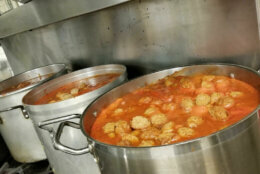 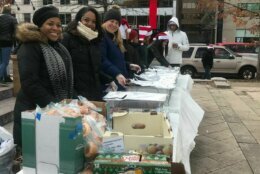 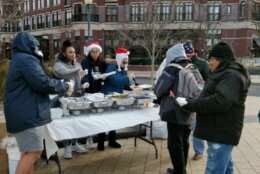 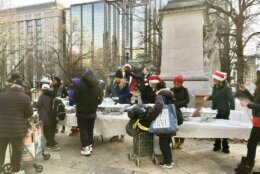 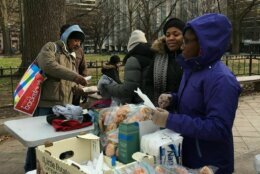 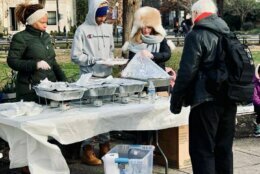 They sound like updated lyrics to “The 12 Days of Christmas.”

All prepared by one family.

About a dozen years ago, D.C.-based chef and TV host Bren Herrera and her sister noticed the kids in their family — who, at that time, were 5 to 8 years old — were only focused on the receiving part of Christmas. So, they decided to teach them a lesson on the real meaning of the holiday.

“We come from very humble beginnings. My parents immigrated here from Cuba when I was about 17 months old,” said Herrera.

“It was really important for my sister and myself to say: ‘You know what? Let’s teach the kids that Christmas is about service, and about love and community, and really show them that there are other people who live far differently from how they do and that they have it really good.’”

So Herrera and her mother gathered up lots of coats, sweaters and gloves; cooked enough food for about 100 meals; had the kids help pack the meals and make colorful handwritten notes of Christmas cheer; and packed it all in her parent’s SUV. Then, they drove to a corner in D.C. where there was a large homeless population and handed it all out.

“The kids were all shocked, like they did not know what hit them,” Herrera said.

“For the first time, they’re seeing homeless people, people who weren’t dressed the way they were dressed or had a certain aura about them. They were just shocked and didn’t know what to do, and it opened up their eyes.”

And with that, a family tradition was born.

These days, it’s a much larger tradition: up to 500 meals.

And instead of mom’s kitchen, a church in Arlington has donated their kitchen and storage space so Herrera and her friends have the room to make hundreds of meals and store everything until it’s time to serve up on Christmas afternoon.

“We still do coats, scarves, and socks and sweaters. And I do three parks, because D.C. — although it’s not a huge city —  there is a need and there is a deficit,” said Herrera.

They now serve in three locations: Dupont Park; Columbia Heights Civic Plaza, right across the street from the Giant; and Franklin Square.

They start serving at 2:30 p.m on Christmas Day.

“The reason we do a 2:30 service is because a lot of people do morning service, and so people eat around 7 or 8. Then, there’s a long gap of time where they’re not being served. So we come in at 2:30 and do kind of like a late lunch, early dinner service,” said Herrera.

In addition to serving up meals, she’s also willing to serve the same lesson to your kids as she served to the ones in her family.

“I’m always welcoming people to just kind of come out and hang out, especially if they have children, because I’d like for the children to see what it’s about. And I’ll always allow the children to serve,” said Herrera.

“I think it’s important for the kids to see that they can also be a part of the process, not just in being there but also humbling themselves to serve our brothers and sisters who are out and about, especially when it’s really, really cold.”

Though she said she knows it sounds cliché, she believes this kind of service can make the world a better place. 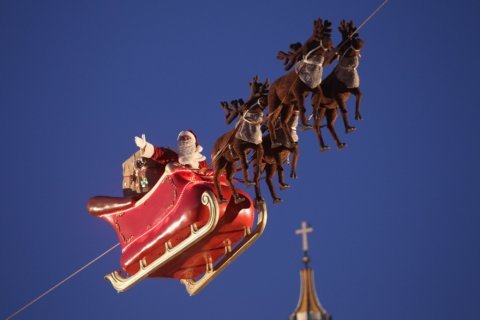 Track Santa’s trip around the globe