Police said they detained one person in connection with the probe that for nearly seven hours significantly hampered traffic across the Ambassador Bridge linking Windsor, Ontario, with Detroit.

A senior government official said federal police were not treating the incident as terrorism or a national security issue. The official spoke on condition of anonymity. The Royal Canadian Mounted Police Integrated National Security Enforcement Team would be involved if terrorism was suspected.

Windsor police said the border agency had alerted them Monday morning after possible explosives were found in a vehicle in the secondary inspection area of the bridge complex on the Canadian side. Canada-bound traffic was suspended around 10 a.m. Police said at no time was traffic completely closed from Canada to the U.S.

Police said the driver of the vehicle was detained and was in border services custody.

The force also said no direct threats were made to places or people in connection with the possible explosives found.

Vehicles seeking to enter Canada were rerouted to the Windsor-Detroit Tunnel and the Blue Water Bridge that leads to Sarnia, Ontario.

The privately owned Ambassador Bridge is critical to trade between the two countries. 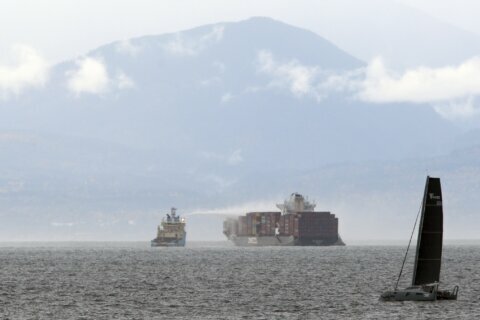