US job openings stayed high in sign of economic resilience

There were 10.46 million job vacancies on the last day of November, down slightly from 10.51 million in October, the Labor Department said Wednesday. Openings peaked at 11.9 million in March.

Yet the figures show there are nearly 1.8 jobs for every unemployed person, down from a peak of 2 but historically very high. Before the pandemic, there were usually more unemployed people than jobs.

And the high number of vacancies suggest the Fed will continue raising its benchmark interest rate at its coming meetings to quell inflation. Those higher rates will also raise the cost of mortgages, auto loans and other consumer and business borrowing.

“For Fed officials, these data support the view that rates need to move higher and will need to stay high for some time, to soften labor market conditions and lower prices back to target,” said Rubeela Farooqi, chief U.S. economist at High Frequency Economics, a consulting firm.

In another key metric, the number of people quitting their job rose to 4.2 million, up from about 4 million in October. That is below a record of roughly 4.6 million quits late last year, but is still elevated. Workers typically quit a job for higher pay in new positions. When many Americans quit, it can force businesses to pay more to keep their workers.

The Federal Reserve is closely monitoring the figures on job openings and quits for signals about the strength of the job market. More quitting suggests there are still plenty of businesses, desperate to hire, that are offering higher pay to lure workers from their current jobs.

That runs counter to the Fed’s goal of slowing hiring and the economy in order to bring down inflation. Price gains have weakened in recent months but inflation was still high at 7.1% in November compared with a year ago.

While more job openings are a benefit for those seeking work, Fed officials would like to see the number of openings fall. That’s because fewer openings would indicate less competition between businesses to find and keep workers, reducing pressure on them to raise wages.

The Fed has raised rates seven times this year, to a range of 4.25% to 4.5%, and hopes cool off the economy without causing a recession. But it expects its rate hikes to push unemployment to 4.6% next year, up from 3.7% now, an increase that has never occurred outside of a downturn.

The report comes just days before the government is scheduled to release the December jobs report on Friday, which will show how many jobs were gained last month, and whether the unemployment rate rose or fell. 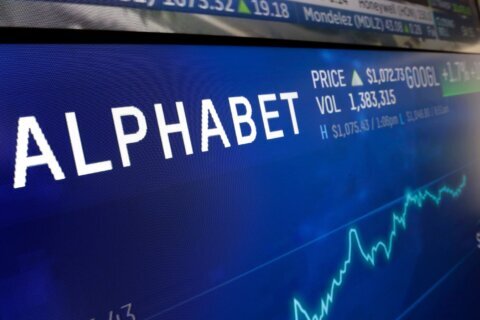