Robinhood, as its name suggests, was designed to take the power of the stock market away from the rich fat cats on Wall Street and hand it over to regular people.
Listen now to WTOP News WTOP.com | Alexa | Google Home | WTOP App | 103.5 FM

Robinhood, as its name suggests, was designed to take the power of the stock market away from the rich fat cats on Wall Street and hand it over to regular people.

Now, ironically, Robinhood may need to join forces with one of the very titans of Wall Street that the stock and crypto trading company was trying to unseat.

Robinhood reported a big loss, a drop in active users and its second round of layoffs of 2022 in early August. The stock, which went public a little more than a year ago, is down more than 40% this year and is trading nearly 75% below its initial public offering price.

“They are having to make grown-up business decisions, such as cost reductions and moving out of growth mode,” said Hugh Tallents, a partner with consulting firm cg42. “It’s becoming clear that they once had unbelievable user growth, but they also had a valuation that was insane.”

All of this raises the question of whether Robinhood may need to sell itself to a bigger financial services firm. Speculation about a possible deal has increased in recent months after crypto billionaire Sam Bankman-Fried, the CEO of unicorn brokerage firm FTX, bought a stake in Robinhood.

Bankman-Fried has denied having any interest in a full-blown FTX takeover of Robinhood. Robinhood had no comment after the merger chatter first circulated.

But competition is fierce in the online brokerage world. Robinhood competes with Wall Street giants like Fidelity, Charles Schwab, which also owns TD Ameritrade, and E-Trade parent Morgan Stanley. And it also has to contend with crypto brokerage Coinbase as well as upstarts like SoFi, eToro and WeBull. (Coinbase, incidentally, got a recent boost after announcing a partnership with Wall Street giant BlackRock.)

Tallents said he does not think a large Wall Street brokerage would want to bet on Robinhood because of the risk involved. He noted that Robinhood customers tend to be younger and have less money to invest, so an acquirer “would need to play a long game and hope they get more affluent.”

Tallents told CNN Business in February that he thought Robinhood could be a good fit for Venmo owner PayPal and he still believes that such a deal makes sense at some point down the road.

The good news for Robinhood, though, is that despite the short-term concerns, the company still has a solid enough financial cushion to keep it afloat for the foreseeable future. Robinhood ended the second quarter with $6 billion on its balance sheet, down from $6.2 billion in March. So, Tallents said, the situation isn’t dire yet.

Still, Robinhood will need to prove to investors that it can get its growth rate back on track on its own. If not, expect more calls for the company to put itself on the shopping block. 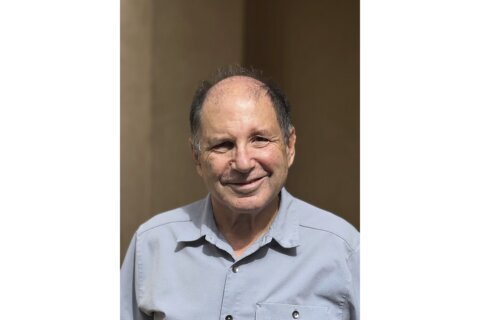