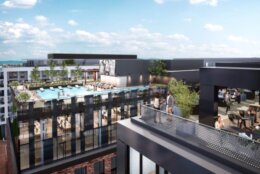 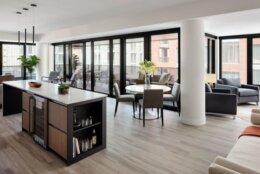 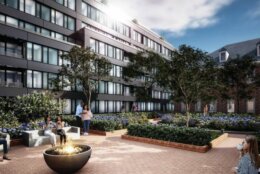 City Ridge, the 1.1 million-square-foot redevelopment of the former Fannie Mae headquarters on Wisconsin Avenue in Northwest D.C., which broke ground in late 2018, has completed the first of four residential buildings, with residents beginning to move in.

Three other residential buildings — The Coterie, Crescendo and Botanica — start move-ins later this summer and fall. There are 690 apartments across the four buildings.

An unusual perk for residents is access to all amenities across all four buildings, including six rooftop areas, a 24-hour fitness studio, coworking space, a studio for classes and workshops, a lounge with a multisport simulator, a residents-only playground, and a shared rooftop greenhouse where residents can grow their own plants.

City Ridge, at 3900 Wisconsin Avenue NW, is spread across 10 acres, including a 1-acre park.

A Wegmans grocery store opens this July, the first in D.C., built under the original Fannie Mae headquarters building.

Roadside and NASH acquired the property in 2016 for $89 million, after Fannie Mae announced plans to relocate its headquarters to 1100 15th Street, NW.

The original headquarters building was built by Equitable Life Company in 1958 and 1962.

The developers chose the name City Ridge because of its location at a Ridgeline that separates the two stream valleys of Rock Creek Park to the east and Foundry Branch to the west. It is one of the highest points in D.C. 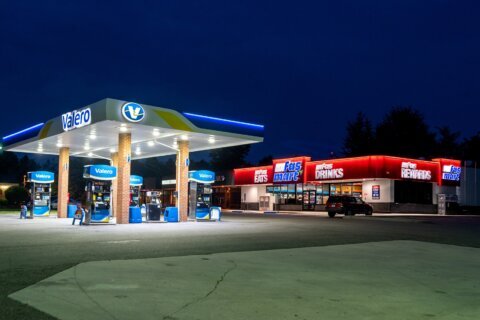 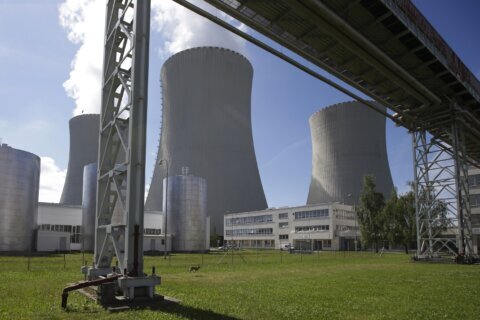