Rising interest rates in US will hinder foreign economies

The fallout can be felt beyond America’s borders, hitting shopkeepers in Sri Lanka, farmers in Mozambique and families in poorer countries around the world. The impacts abroad range from higher borrowing costs to depreciating currencies.

“It will put pressure on all types of developing countries,’’ said Eric LeCompte, executive director of the Jubilee USA Network, a coalition of groups seeking to reduce global poverty.

The managing director of the International Monetary Fund, Kristalina Georgieva, was worried enough last month to warn the Fed and other rate-hiking central banks to stay “mindful of the spillover risks to vulnerable emerging and developing economies.’’

Citing the harsher financial conditions, the IMF recently downgraded the outlook for economic growth this year in developing and emerging market countries to 3.8%, a full percentage point below what it forecast in January.

The Fed on Wednesday raised its benchmark short-term rate by half a percentage point to its highest level since the pandemic hit two years ago, and signaled that more rate hikes will come.

The U.S. rate hikes can deliver long-distance damage in a number of ways. First, they could slow the American economy and reduce U.S. consumers’ appetite for foreign goods.

They also affect global investment: As rates rise in the U.S, safer American government and corporate bonds start looking more attractive to global investors. So they can pull money out of poor and middle-income countries and invest it in the United States. Those shifts drive up the U.S. dollar and push down currencies in the developing world.

Falling currencies can cause problems. They make it more expensive to pay for imported food and other products. That is especially worrisome at a time when supply chain bottlenecks and the war in Ukraine have already disrupted shipments of grain and fertilizer and pushed up food prices worldwide to alarming levels.

To defend their sinking currencies, central banks in developing countries are likely to raise their own rates; some have already started. That can cause economic damage: It slows growth, wipes out jobs and squeezes business borrowers. It also forces indebted governments to spend more of their budgets on interest payments and less on things like fighting COVID-19 and feeding the poor.

The IMF’s Georgieva has warned that 60% of low-income countries are already in or near “debt distress’’ — an alarming threshold reached when their debt payments equal half the size of their national economies.

Despite the risks of collateral damage, the Fed is expected to raise rates several more times this year to combat resurgent inflation in the United States.

The inflationary surge is the result of an unexpectedly strong recovery from the pandemic recession of 2020, a rebound that caught businesses by surprise and forced them to scramble to find workers and supplies to meet customer demand. The result has been shortages, delays in filling orders and higher prices. In March, U.S. consumer prices rose 8.5% from a year earlier — biggest jump since 1981.

By pushing up interest rates, the Fed is hoping to pull off a so-called soft landing — raising rates just enough to slow the economy and bring inflation under control but not enough to tip the U.S. economy into another recession.

“They would have been much better off if the Fed would have reacted more swiftly when the problem started’’ last year, said Liliana Rojas-Suarez, senior fellow at the Center for Global Development.

The Fed does not have an impressive record of engineering soft landings. The last one came in the mid-1990s under Fed Chair Alan Greenspan, an episode that ended unhappily for many developing countries.

“The U.S. was able to manage inflation well and avoid recession,’’ Rojas-Suarez said, “but at the same time created huge spillovers for emerging markets.’’ What followed was a series of financial crises — in Mexico, in Russia and eventually across much of Asia.

Robin Brooks, chief economist at the Institute of International Finance, notes that many emerging market countries are in a much stronger financial position than they were back then, or even in 2013, when Fed plans to cut back its easy money policies sent investment fleeing the developing world.

For one thing, many have beefed up their foreign currency reserves, which central banks can use to buy and support their countries’ currencies or meet foreign debt payments in a crisis. On the eve of the 1997-1998 Asian financial crisis, for instance, Thailand’s reserves were equal to 19% of its economy; now they’re at 47%, according to the institute, a trade group for global banks.

Brooks also says that rising raw materials prices are “a bit of windfall’’ for commodities exporters like oil-producing Nigeria and soybean-producing Brazil.

But some countries remain vulnerable to financial shocks. Among them are those that rely heavily on imported oil and other commodities and that have low reserves compared to what they owe other countries. At the top of Rojas-Suarez’s list of the most exposed to financial risks is Sri Lanka, which last month said it was suspending repayment of foreign debt while it works out a loan restructuring program with the IMF. Also flashing red are Tunisia, Turkey and Mozambique.

Rising U.S. interest rates don’t always spell disaster for developing world countries. If they’re climbing because the U.S. economy is strong — and businesses and consumers want loans to buy things — that means more opportunities for countries with exports to sell into the U.S. market.

But the fallout is very different when the Fed is hiking borrowing costs in a deliberate campaign to slow U.S. growth and wring inflationary pressures out of the economy.

“If higher rates are driven mainly by worries about inflation or a hawkish turn in Fed policy … this will likely be more disruptive for emerging markets,’’ economists from the Fed and the conservative American Enterprise Institute wrote in a paper last year.

Which, worryingly, is what the Fed is doing now.

“It’s added pressure,’’ LeCompte says, “and how much pressure can governments take?’’ 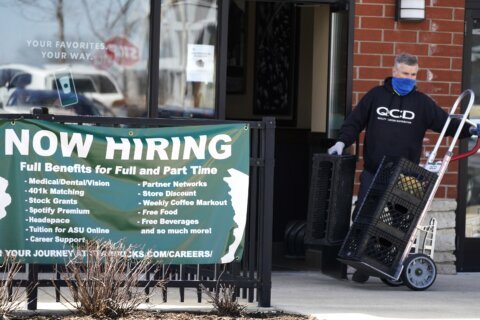 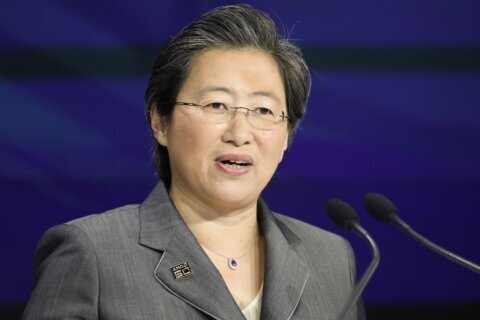 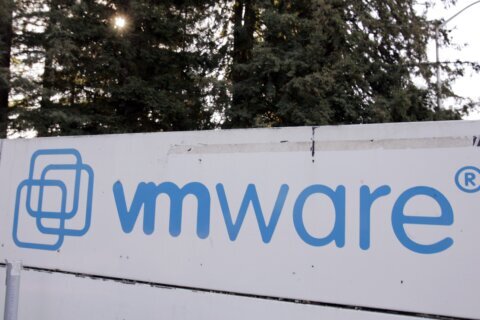