WASHINGTON (AP) — The largest union for U.S. flight attendants threw its support Tuesday behind Frontier Airlines’ proposal to buy Spirit Airlines after it reached a deal with Frontier on how to combine cabin crews at the two carriers.

The Association of Flight Attendants, which represents crews at both airlines, said the agreement with Frontier covers job, seniority, and contract protections.

The union said the deal bars Frontier and Spirit from merging their operations until a new contract is ratified by union members. It said no flight attendants could be furloughed because of route changes that occur during the merger process.

Mergers in the heavily unionized airline industry are often complicated by difficulty in combining separate work forces, so the agreement announced Tuesday could remove one source of potential friction.

Flight attendants at JetBlue Airways, which declared a hostile takeover bid for Spirit on Monday, are represented by the Transport Workers Union.

“JetBlue is a horrific employer that doesn’t care one iota about their workforce and doubling their size would make them twice as bad,” Samuelsen said. “JetBlue cannot properly manage their existing operation, and allowing them to significantly expand would dramatically increase the reach of their incompetence.”

In February, Frontier and Spirit announced a stock and cash deal then worth $2.9 billion, but its value has declined because of a steep drop in Frontier’s stock price. JetBlue countered in April with a $3.6 billion cash offer, but Spirit’s board rejected it, saying antitrust regulators were likely to block the deal. On Monday, JetBlue launched a $3.2 billion hostile bid.

Spirit shareholders are scheduled to vote on the Frontier offer June 10. 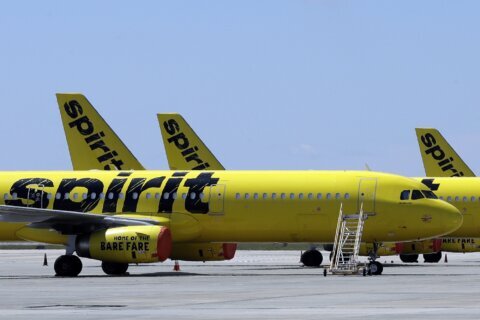 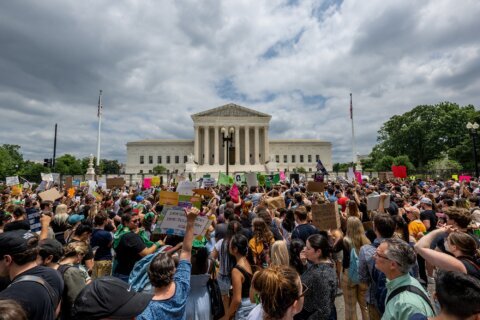