More companies aren’t bending to flexible schedules for employees who want them to be generous. They are doing it to keep employees and attract new ones, and D.C. companies are among those leading.

“D.C. managers are more likely to offer flexible work schedules in marketing, legal and administrative departments. For some D.C. companies, flexibility is becoming a recruitment and retention tool,” said Beth Sears, at staffing firm Robert Half in D.C.

In its recent survey of HR managers in D.C. and elsewhere, it found four in 10 senior managers are giving employees the ability choose when they work, and 27% of respondents don’t mind if their direct reports put in under 40 hours a week, as long as the job gets done.

But a separate survey of employees on flexible schedules found 72% still need at least 8 hours a day to get their job done. And it is turning out that flex work and remote work can actually become more stressful.

“Employees may feel the added pressure to be available 24/7, since their colleagues may be working on different schedules or in different time zones,” Sears said. “Workers with too many responsibilities and obligations may find it challenging to disconnect and ultimately enjoy the benefits of those flexible schedules.”

Almost half of those surveyed said they never completely disconnect from work outside of business hours.

Video meetings continue to be used heavily to connect teams — maybe overused. After nearly two years of Zoom calls, employees and their managers aren’t any better with those video meetings, and in fact, possibly worse.

“More meetings does not mean greater productivity. There is a lot of evidence that increased video calls are leading to increased mental exhaustion, known as Zoom fatigue,” Sears said.

Forty-three percent of those surveyed report attending even more video calls now than they were six months ago, and employees overall feel more than one-third of the time spent in these video meetings is wasted, when a phone call or short email would have been more effective.

Robert Half’s online survey included responses from more than 2,800 senior managers at companies with 20 or more employees, and more than 1,000 employed U.S. adults. 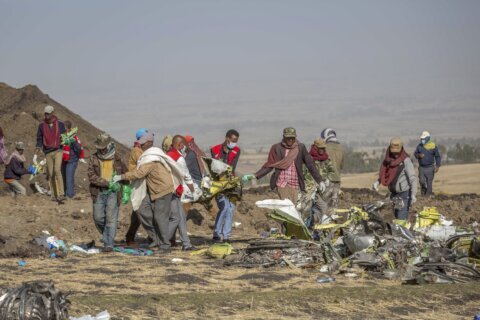