That provision would require drug companies to pay rebates to Medicare if they increase prices above the rate of inflation. Drugs sold to private plans would count in calculating the penalty, like a tax on price increases. The issue is dividing business groups in a fierce lobbying battle.

Corporate groups focused on affordable employee benefits want to keep the language as is so it would provide price-increase protection for companies and their workers and not just Medicare enrollees. Other groups such as the influential U.S. Chamber of Commerce are backing the pharmaceutical industry’s drive to block restraints on pricing, including inflation caps, saying they would stifle innovation.

House Democrats passed the roughly $2 trillion social agenda legislation on Friday and sent it to the Senate. The bill resets national priorities on issues from climate to family life and faces more scrutiny in that evenly divided chamber. Prescription drugs are but one component, and most of the attention has focused on Medicare provisions to slash out-of-pocket costs for seniors and allow the program to negotiate prices for a limited number of medicines.

But the inflation caps would have far-reaching impact for as many as 180 million Americans with private insurance.

“A lot of people don’t realize that the bill applies to, and will help, privately insured people,” said Shawn Gremminger, health policy director at the Purchaser Business Group on Health. “But that isn’t a sure thing. As currently structured, that would be the case. But we have been worried and continue to be worried that will change.” His coalition represents nearly 40 large employers that cover more than 15 million workers, retirees and their families.

Inflation caps would be a “game changer,” said James Gelfand, a vice president of ERIC, a group that represents major national companies as providers of employee benefits.

Earlier legislation would have based the “inflation rebates” on sales to Medicare plans, but the House-passed bill broadens the formula to include private plans.

“If they raise prices in private markets faster than the economy grows, they will be required to pay that money back to the government,” Gelfand said. The goal is to deter drug companies from extravagant price increases.

Polls show that Americans across the political spectrum overwhelmingly favor government action to reduce drug prices. The chief cost complaints are: high out-of-pocket costs for patients, high and rising list prices, and high launch prices for new medicines. The Biden package would tackle the first two issues, but Democrats were unable to agree on authorizing Medicare to negotiate prices of new drugs.

Annual price increases for established prescription drugs usually outpace inflation, although there have been periods of moderation in recent years.

Gremminger said his group estimates that the privately insured market could save $250 billion over 10 years under the inflation caps currently in the bill. Without them, Gelfand estimates that employers could face an additional 3.7% annual increase in health care costs over the usual medical inflation because drug companies could in effect raise prices on privately insured patients to make up for rebates paid on behalf of Medicare enrollees.

“It’s true that not all the business groups are in the same place,” Gelfand said of divisions in the business community. “If you look at groups on either side of the issue, there are groups that protect the business interests of pharma, and then there’s everybody else.”

The main drug industry lobbying group, the Pharmaceutical Research and Manufacturers of America, says inflation rebates would undermine innovation that continues after medicines are approved.

The generic drug industry wants their products exempted. Dan Leonard, president of the generic lobbying group Association for Accessible Medicines, said he fears his members will be penalized for price increases that amount to pennies on the dollar. “When generics are not exempted … they’ll get caught up in the jet wash,” he said.

Opponents could pursue a parliamentary challenge under Senate rules, arguing that penalizing price increases by one private company on another has no bearing on federal budgetary issues. If the challenge succeeds, costs to private insurance plans would be stripped from the inflation rebates. Supporters of the caps say they do have a budgetary purpose because they would raise revenue and generate savings for Medicare.

Katie Mahoney, the top health policy expert for the U.S. Chamber of Commerce, said her organization has “very real concerns” that the drug pricing provisions would undermine incentives for industry to develop new medicines, and is pressing that point in the Senate.

“We continue to hammer on the damage that such policies would do,” she said. “We feel that message is making headway with senators and with some members of Congress.”

“When you look at those other organizations, first of all they’re significantly smaller and their policy focus is very narrow,” she said. “They don’t represent business across the board, they represent a very discreet and narrow slice of issues.” 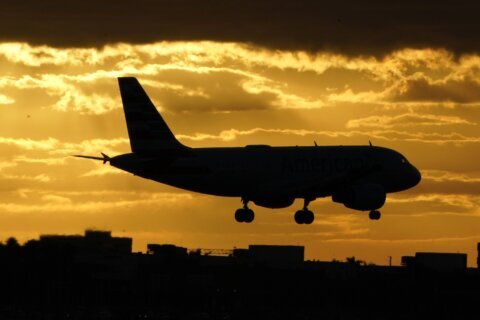