The Los Angeles Times has its new top editor: Kevin Merida of ESPN will start as executive editor in June, the paper announced Monday.

Merida brings more than 40 years of experience in media into the role. He most recently worked at ESPN as a senior vice president and as editor in chief of The Undefeated, which covers the intersection of race, sports and culture. Prior to joining ESPN in 2015, he spent more than 22 years at The Washington Post. Merida spent the prior decade at The Dallas Morning News.

“I am excited to be the next executive editor of the L.A. Times, and will bring with me an open heart, a penchant for experimentation and a fiercely competitive spirit,” Merida said in a statement. “Looking forward to partnering with new colleagues and soaring to greater heights together.

The Times, owned by biotech billionaire Patrick Soon-Shiong, has been looking for a new executive editor since October. Norman Pearlstine, who served in the role for two years, announced at that time a search had begun for his successor.

Pearlstine stepped down from the role in December. The newsroom has since reportedly been managed by a small team of high-level editors. Last month, Soon-Shiong told CNN Business that Pearlstine had been “providing advice” during the search.

Merida is taking the helm of the publication during a difficult time for the paper and for the newspaper industry at large. The Times lost more than $50 million in revenue last year, The Wrap first reported, in part from the pandemic’s economic fallout.

The Times also had been examining and attempting to fix a lack of diversity in its newsroom. Last fall, Times journalists reported on the “turmoil and scandals” at its own newsroom. Soon-Shiong committed to creating “meaningful change.”

“We are elated to welcome Kevin to the Los Angeles Times,” Patrick and Michele Soon-Shiong said in a statement. “Kevin possesses a clear understanding of the rigor necessary for independent journalism and how to translate that journalism to multiple platforms. He also shares our passion for the unique opportunity we have to build the L.A. Times into a media enterprise with a distinct West Coast point of view.” 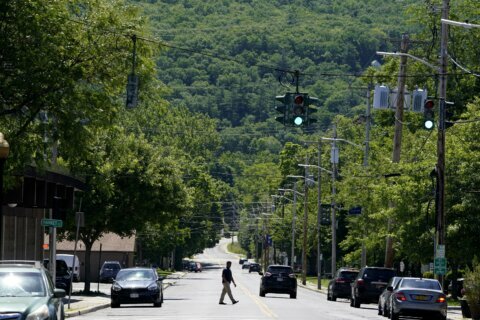