US Chamber says some legislators will lose campaign funding

WASHINGTON (AP) — The U.S. Chamber of Commerce is threatening to withhold campaign funds from politicians who railed against approval of Joe Biden’s election victory, but it wouldn’t identify which ones, nor did it call for the ouster of President Donald Trump after last week’s insurrection at the Capitol.

The chamber, among the most powerful business groups in Washington, on Tuesday echoed much of corporate America, which has started to reject the violence and false claims of election fraud put forth by Trump and his allies.

Yet many business leaders have been cautious in their rebukes to not fully alienate Trump’s supporters, even though the president and other Republican leaders inspired the mob that invaded the building and killed a police officer. Four others, including one of the rioters who was shot by authorities, also died.

Chamber CEO Thomas Donohue said he didn’t think the invasion was a “full coup” attempt, but said the chamber didn’t like the mob’s conduct.

Trump’s name was barely mentioned during the chamber’s during a 2 1/2-hour video meeting to discuss the state of American business. In a statement, however, the chamber called the president’s conduct unacceptable.

“By his words and his actions he has undermined our democratic institutions and our ideals,” the statement said.

But the chamber deferred to government officials about whether Trump should be impeached or ousted by the vice president and his cabinet under the 25th Amendment to the Constitution.

Donohue rejected the notion that the U.S. business community turned a blind eye to the divisions sowed by Trump that led to the violence so that it could get lower taxes and reduced government regulations.

“It’s very tough, I think, to make a straight-line connection between lower taxes and less regulation to the disturbances in Washington last week,” he said, while advocating for “necessary” regulations and “sufficient” taxes that he said would not stifle economic growth.

The chamber said its political action committee will cut donations from some legislators who spouted unsubstantiated claims of voter fraud in trying to stop the vote from being certified. But while Neil Bradley, the chamber’s chief policy officer, praised several legislators for their actions to certify the results after the attack, he wouldn’t identify those who might lose support. He said the decision depends on how those legislators act in the coming days.

“There are some members who by their actions will have forfeited the support of the U.S. Chamber of Commerce,” he said. “Our PAC will continue to support those candidates who demonstrate that type of commitment to governing and democratic norms and our priorities.”

Among those priorities, he said, are respect for norms and institutions.

He didn’t answer specific questions about Sen. Josh Hawley, a Missouri Republican who was the first senator to announce opposition to certification of Biden’s victory.

The chamber contributed $10,000 to Hawley’s campaign, but Bradley said he didn’t know if chamber had ever asked for money back.

“I wouldn’t focus just upon the junior senator from Missouri,” Bradley said. “We’re going to have a lot more to say about (Hawley) and others as we get through this period that we’re in. There’s more to come on this. We’re going to judge it by the totality because we’re not through all of this yet.”

The chamber’s political action committee gave $666,000 to federal candidates this past election cycle and $334,350 in the 2018 cycle, according to the Center for Responsive Politics.

Many of the biggest names in U.S. business have started suspending political donations after last week’s events, including Goldman Sachs, Coca-Cola, Ford and Comcast.

It was a sign that companies are growing skittish about lawmakers who backed Trump’s false claims of election fraud, possibly depriving Republicans of public backing from business groups who until recently were the heart of the GOP’s political brand.

Yet the pausing of donations announced by many companies probably won’t deliver a serious blow to Republicans who voted to overturn Biden’s win. Experts say the pledges are largely symbolic and just one source of revenue for the candidates.

Trump on Tuesday took no responsibility for his part in inspiring the violent insurrection, despite comments encouraging supporters to march on the Capitol and praise for them while they were still carrying out the assault.

“People thought that what I said was totally appropriate,” Trump said. 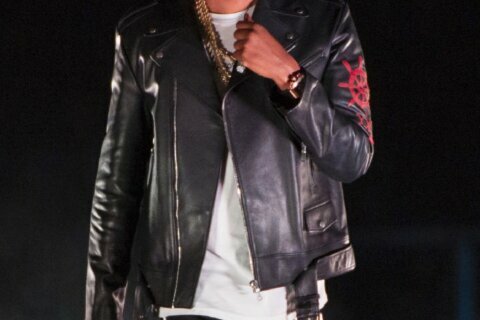