Real estate is not all about location — although it certainly helps — and Redfin’s 2020 list of Hot Neighborhoods to Watch includes two in Northern Virginia.

The list is based on growth and shows viewing prices, what the neighborhoods have to offer, and feedback from Redfin agents across the country.

The top location on the list of 10 goes to a Loudoun County neighborhood.

Willowsford, in Aldie, Virginia, tops the list, but not because it’s affordable.

“It is a bit on the higher end of what homes in the D.C. metro go for. But it comes with a lot of amenities like swimming pools, trails and lots of outdoor activities,” Redfin Chief Economist Daryl Fairweather told WTOP.

“It is great for families. The location is convenient.”

The median price of a home that sold in Willowsford in 2019 was more than $918,000, double the area-wide median price.

Another much more affordable neighborhood in Northern Virginia makes the list — Waverly Hills in Arlington County.

“It’s an affordable neighborhood. The median sales price is about $90,000 less than the typical home in the D.C. metro. It has a lot of older homes, but also some new construction. It is a very tight-knit neighborhood, with lots of schools and restaurants,” Fairweather said.

Neighborhoods close to Amazon HQ2 did not make Redfin’s 2020 list of the top neighborhoods to watch nationwide, but Redfin does say that its agents in those areas expect to be active this year. This includes Clarendon, Courthouse and Falls Church. 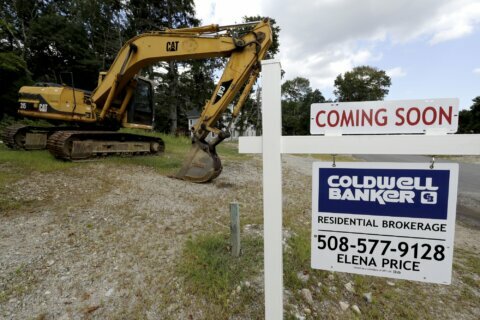