Getting hitched? Get a ‘pack it up prenup’

Fighting over each other's stuff is a common issue among couples who have recently moved in together. A storage company has a recommendation to ease the stress: Sign a prenup.
Listen now to WTOP News WTOP.com | Alexa | Google Home | WTOP App | 103.5 FM

When a storage company comes up with the notion that newlyweds should draft a prenuptial agreement about which items each can keep when they move in together, and what might be better put in storage, it should be taken with a grain of salt.

But fighting over each other’s stuff is actually a common issue.

A recent survey found that almost half of couples moving in together argue over clutter.

UNITS Moving and Portable Storage suggests newly domiciled couples draft a pack it up prenup before they move in together.

“One in five has a problem with their partner’s decor or decor pieces — tastes differ. It’s extremely difficult, and relocating is difficult enough the way it is,” Miller said.

Miller also advises not holding on to the items that are in limbo forever.

Whether they’ve been relegated to the basement, closet or storage, decide to revisit them after a set period of between 30 and 90 days. Feelings about what’s important to keep will probably change.

UNITS said make the pack it up prenup official by signing and dating it.

“It is actually a fun process. It takes the stress out of it. You come up with your agreement, and you can refer back to it and avoid arguments,” Miller said.

UNITS has put together a seven-step guide to drafting a pack it up prenup online. 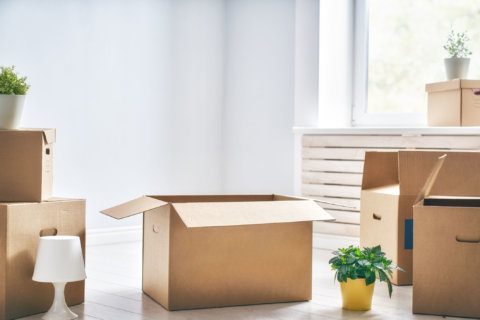 Moving? Here are some hacks from a local mover