LightUP Fest will be one of the largest lighting displays on the East Coast and will combine traditional Chinese lanterns with high-tech lighting technology.
Listen now to WTOP News WTOP.com | Alexa | Google Home | WTOP App | 103.5 FM
(1/5) 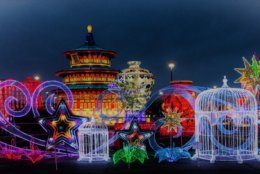 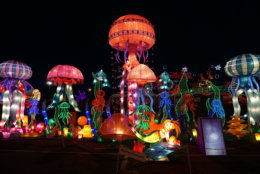 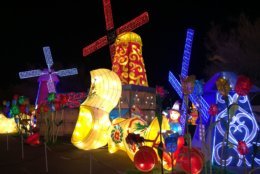 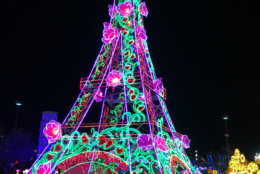 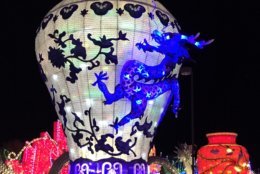 WASHINGTON — One Loudoun in Ashburn, Virginia, will host an eight-week-long cultural festival starting Nov. 8 called LightUP Fest, and it will include more than 1 million lights.

The show, designed by Zigong Lantern Festival, one of the biggest folk and cultural events in China, will be one of the largest lighting displays on the East Coast, and will combine traditional Chinese lanterns with high-tech lighting technology.

Admission is about $30 for adults and about $20 for kids.

There are also family packages and admission is free on Tuesdays for members of the military, police and firefighters.

The attraction will also include entertainment, food and craft activities.

The two-month-long exhibit will include daily performances from acrobats, dancers and musicians, and hands-on activities including sugar puppet making, calligraphy, portrait sketching and rice carving.

The entire display covers about 20 acres.

LightUP Fest debuted in the U.S. in Atlanta in 2014 and has exhibited in Houston and Phoenix.