The D.C. Council has extended a temporary measure so that establishments on The Wharf, in Southwest D.C., can keep serving alcohol. Bars and restaurants have also been allowed to serve late in the July days surrounding baseball's All-Star Game.
Listen now to WTOP News WTOP.com | Alexa | Google Home | WTOP App | 103.5 FM

WASHINGTON — The District has cleared the way for liquor to keep flowing at The Wharf.

Under D.C. law, liquor licenses can’t be issued to any establishment within 400 feet of a school or an area operated by the Department of Parks and Recreation. That was a potential problem for all the bars, restaurants and concert venues at The Wharf, because two schools already exist in the waterfront neighborhood.

Last summer, the D.C. Council approved a temporary exemption which allowed Southwest Waterfront businesses to serve alcohol, but that expired May 3. The Council has extended the exemption to ensure licensed establishments can continue operating without interruption, and is reviewing an amendment that would make the exemption permanent.

There are now roughly 30 dining establishments at The Wharf, most of which serve alcohol.

All-Star Game fans will also be able to imbibe outside of normal hours in July. 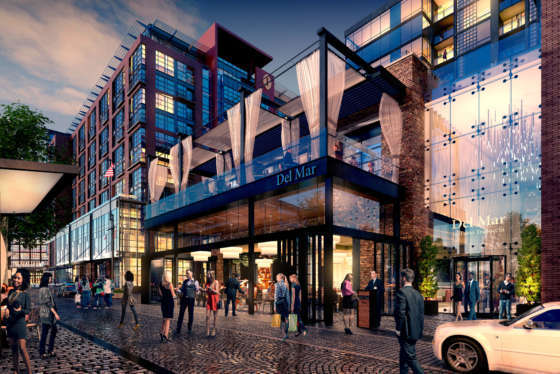 Restaurants, retail, entertainment at The Wharf

The District hosts Major League Baseball’s All-Star Game for the first time in decades this year, with thousands of people expected to travel to the city for the game and related events. Establishments with liquor licenses can register with the Alcoholic Beverage Regulation Administration to serve alcohol until 4 a.m. and operate 24 hours a day from July 14 to July 18.