WASHINGTON — The latest addition to the revitalization of downtown Columbia, Maryland broke ground Monday: a 12-story, 350,000-square-foot, LEED Silver-certified building that will serve as the new headquarters for cyber-technology company Tenable.

Tenable will make the move from its current Columbia Gateway location to the new building at 6100 Merriweather Drive in late 2019, occupying 150,000 square feet.

At the groundbreaking ceremony, plans were also announced for a futuristic neighborhood amenity: autonomous parking. The Merriweather District buildings will be powered by STEER technology, a fully autonomous parking solution that transforms everyday cars into driverless vehicles that park themselves. 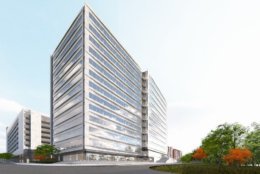 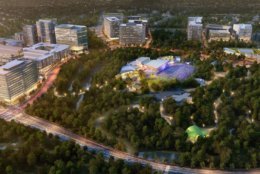 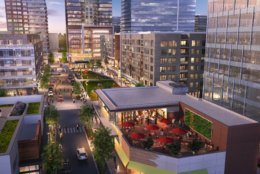 Developer Howard Hughes Corp. said it will make the Merriweather District the first city in the country to be built for automated self-parking cars.

Columbia, one of the oldest planned communities in the country — 51 years old this year — is in the middle of a yearslong revitalization.

Construction began a couple of years ago on redeveloping the 391-acre center of Columbia by Howard Hughes. About 10 percent of the redevelopment plan is either under construction or complete. 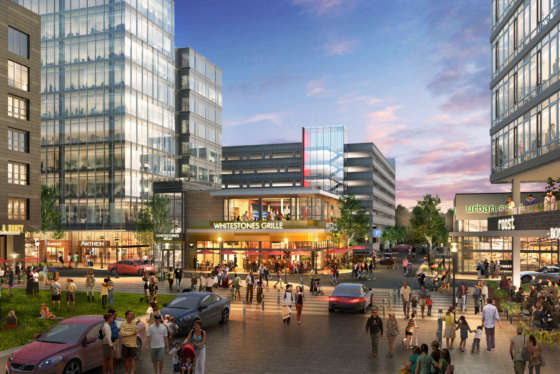 After 50 years, Columbia, Maryland, is in need of a reboot, and it is in the early stages of a big one.

Already completed is a new Whole Foods Market, three new apartment buildings and One Merriweather, MedStar Health’s new headquarters. Two Merriweather is currently under construction and will be the headquarters for online education company Pearson Connection.

The whole of Columbia was founded by legendary developer James Rouse in 1967.

“We are pleased to be able to build on the foundation laid by visionary developer James Rouse as we continue to reinvent Downtown Columbia’s legacy and transform it into a technology hub and vibrant destination for people to live, work, and play,” said Howard Hughes Corp. CEO David R. Weinreb.

Big chains will rake in cash this holiday. Small stores may not be so lucky