Yelp is open for business in DC

San Francisco-based Yelp has pledged to create 500 jobs in the District over the next five years. At least half of those new hires will be D.C. residents.
Listen now to WTOP News WTOP.com | Alexa | Google Home | WTOP App | 103.5 FM
(1/4) 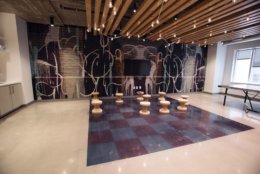 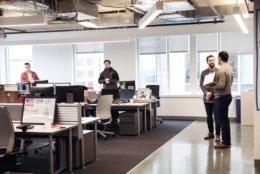 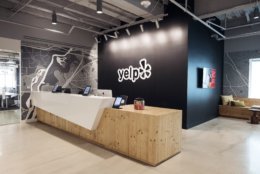 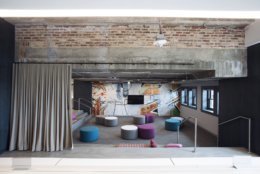 WASHINGTON — Online reviews site Yelp recently opened its newest East Coast office in the District at 575 Seventh St, NW, and it looks a lot like what you’d expect a Silicon Valley company’s space to look like.

San Francisco-based Yelp has pledged to create 500 jobs in the District over the next five years, and at least half of those new hires will be D.C. residents.

A number of existing Yelp employees relocated to the District, though the company did not provide an exact number, or how many people are currently working in the D.C. space.

It said it chose Washington for its newest office space because of the city’s thriving technology community, talented workforce and proximity to other East Coast cities.

The 52,000-square-foot D.C. office in Terrell Place is next to Capital One Arena in Penn Quarter.

Yelp was founded in 2004 and said its review sites have more than 100 million unique visitors.